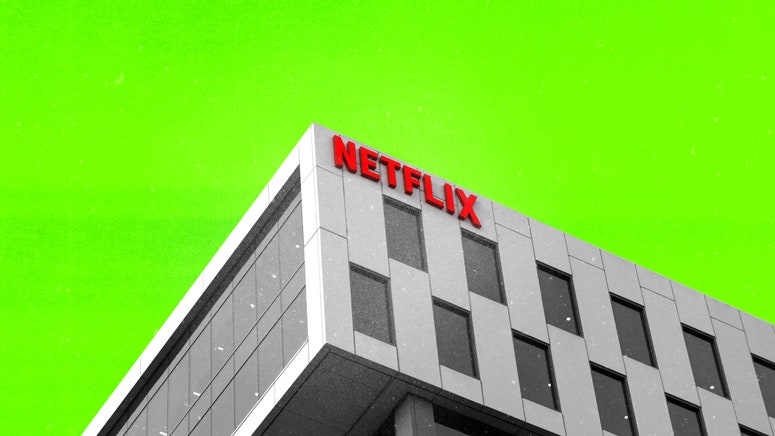 It proves streaming releases can make big bucks—if the movie is big enough.

Over the weekend, Disney did something pretty unprecedented: It sent out an email to reporters about its box office totals. Why? Well, that was also unprecedented: Its latest Marvel Cinematic Universe film, Black Widow, had brought in more than $60 million in video-on-demand sales on Disney+. That was in addition to the $80 million the film made domestically, and the $78 million it raked in from international markets. Black Widow, it seems, was a success—one of the first using the hybrid theatrical–streaming release model, and the biggest since Covid-19 restrictions shut down most theaters in 2020.

The Monitor
Black Widow Is Right on Time—and Too Late

After more than a year of uncertainty in Hollywood about the future of the theatrical experience and how disruptive streaming would be to it, this news was huge. “In the past, many in the industry have feared that day-and-date streaming or premium-video-on-demand would be entirely cannibalistic to theatrical revenues,” says Sarah Henschel, a streaming analyst for Omdia. “Black Widow shows us that this is not true.” In other words, the gambit of releasing movies in theaters the same day they’re available to stream or rent—a practice, more common in the indie film world, that’s been embraced for big studio releases in the wake of Covid theater closures—has proven to be workable. The hand-wringing can subside.

But what does Black Widow’s $218 million-plus global haul mean, broadly, for the future of film releases? That’s a little more complicated. Yes, studios—Disney specifically—are likely breathing a sigh of relief that it now does seem possible to release movies on streaming services and in theaters simultaneously and still make a buck. But not all studios are Disney, and not all films are Black Widow—the latest feature-length installment in the Marvel juggernaut and a film seemingly loved by critics and audiences.

Those looking for proof can look no further than, well, some of Disney’s other releases this year. Cruella, for example, brought in about $21 million domestically in its opening weekend. Raya and the Last Dragon barely broke $8.5 million. Granted, both of those came out in the spring when audiences may have been more leery of going to theaters, but they also didn’t elicit email blasts about how much money they made on Disney+, so their streaming totals may not have been that impressive. Also worth noting, Warner Bros.’ Tom & Jerry, which came out a week before Raya,  was available for free to HBO Max subscribers and made more than $14 million, whereas Raya, like Black Widow, was a $30 rental. Meanwhile, this weekend Summer of Soul—Questlove’s documentary about the 1969 Harlem Cultural Festival—made about $1.4 million, even though it was available to Hulu subscribers.

All of which is to say, it’s a crapshoot. Whether or not a movie is a success in theaters and on streaming depends on the type of movie and the audience it serves. While there’s little doubt the traditional 90-day window between a movie’s theatrical release and its debut on streaming/VOD is permanently closing, or at least shrinking, how studios—and, for that matter, theater chains—will navigate that is full of open questions. For a movie with a built-in fan base like Black Widow, it’s a no-brainer: Put it in the theaters for the big-screen aficionados, and send it to Disney+ for families happy to drop $30 so they don’t have to pack everyone into the car or worry about Covid-19. For a movie like F9, which is part of a franchise built around the moviegoing experience, keep it theater-only, at least for a few weeks. Indies can go to art houses and streaming the same day—cinephiles will find theaters, everyone else will Netflix and chill. A movie like Dune, meanwhile, probably has enough hype to hit HBO Max the same day as theaters and still make money, since Denis Villeneuve’s adaptation of Frank Herbert’s sci-fi classic is the kind of thing longtime fans will want to experience in a multiplex. These strategies are likely to shift movie to movie, but the fact is, movie release patterns won’t go back to where they were pre-2020. “I expect that many of these hybrid release strategies will vary by title,” Henschel says, “but they are here to stay.”

These strategies will also change as audiences do. People got really used to watching whatever they wanted whenever they wanted during the Covid-19 shutdowns; some may never want to go back to theaters. Others went months without the moviegoing experience and are delighting in its return. Moviegoers will always be moviegoers, but people who care less about theaters may find themselves even more inclined to watch something opening weekend if they can do it from home, just to follow the hype. “Appointment TV viewing may be dead,” says Eric Schmitt, an analyst at Gartner, “but appointment movie watching is just making its debut and looks to have a long runway ahead.”

The tension between studios and theaters and streaming services was high long before 2020—pretty much since Netflix released Beasts of No Nation in 2015. If anything, Covid-19 theater closures just sparked studios to try streaming strategies they maybe wouldn’t have dared to previously, and the results have been mixed. It’s easy, too easy, too say that Black Widow’s big weekend is a harbinger for the return of cinema, to say it’s proof Hollywood is healed. That’s not the point. What Black Widow did is prove what’s possible.

NEWYou can now listen to Fox News articles! Iran will conduct a rocket launch amid the reopening of negotiations over the nation's nuclear...
Read more

A deadly shooting at a WeatherTech facility in Illinois on Saturday occurred after a temporary employee robbed two other workers and was confronted, police...
Read more

“Who remembers where they were on a given night five months ago?” Figgers said.“I never asked anybody to believe what I was saying,” James...
Read more

NEWYou can now listen to Fox News articles! Iran will conduct a rocket launch amid the reopening of negotiations over the nation's nuclear...
Read more
Covid-19

A deadly shooting at a WeatherTech facility in Illinois on Saturday occurred after a temporary employee robbed two other workers and was confronted, police...
Read more
Emergency

“Who remembers where they were on a given night five months ago?” Figgers said.“I never asked anybody to believe what I was saying,” James...
Read more
Emergency

Trump is out of office. But the Supreme Court is ensuring his legacy lives on.