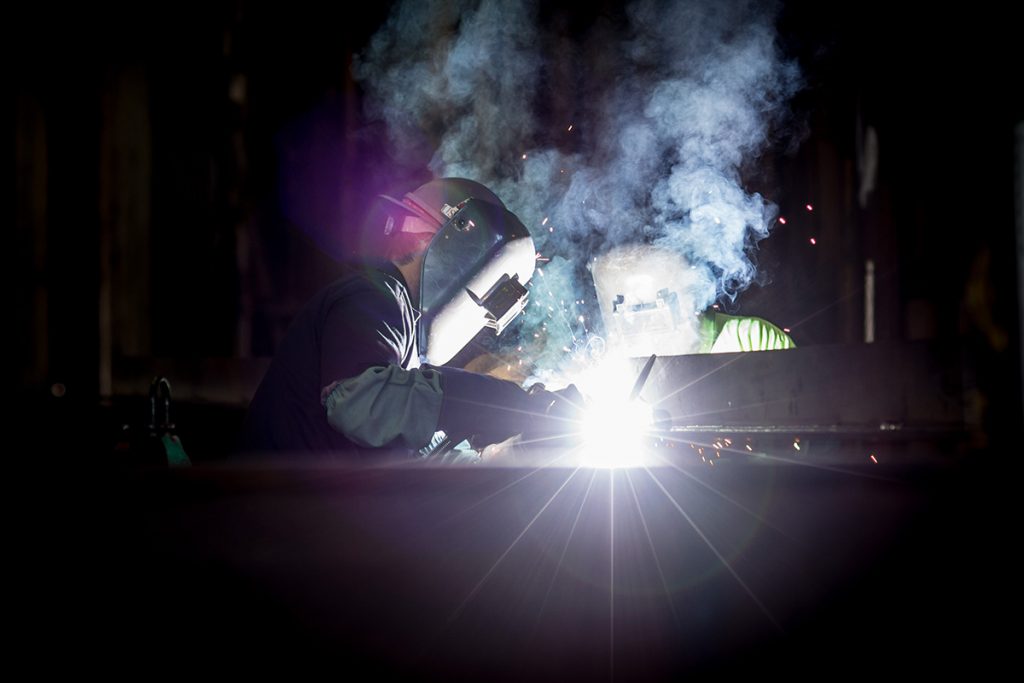 In 2018, the International Agency for Research on Cancer (IARC) classified welding fumes as “carcinogenic to humans”, an upgrade on its previous 1989 status as a “possible” cancer-causing agent.

Ultraviolet (UV) radiation from welding was
also classified as carcinogenic, while molybdenum trioxide – a chemical
sometimes used in welding – was classified as possibly carcinogenic by the IARC
working group.

In particular, welding fumes and UV radiation
have been identified as causing lung cancer and ocular (eye) melanoma, with the
possibility of both also being linked to other cancers.

With an estimated 11 million welders worldwide
and 110 million other workers who are likely exposed to welding activities, the
need for safe practices to reduce the risk of disease is critical.

Welding fumes are produced when metals from the
wire, electrode, base metal and metal coatings evaporate and then condense as a
vapour.

The majority of fumes are usually particles of
metallic oxides, silicates and fluorides, which can cause cancer.

The main factors which affect exposure to
welding fumes include the welding process, type of metal, ventilation, degree
of enclosure and use of personal protective equipment (PPE).

The IARC working group determined that welding
fumes cause lung cancer, regardless of the material or the method of welding,
and that there is a positive correlation with the development of kidney cancer.

Some studies have also found an elevated risk
of welders developing other cancers, including leukaemia, non-Hodgkin lymphoma
and bladder cancer.

However these studies typically had
limitations, such as sample size, and therefore were considered inconclusive by
IARC.

Regarding the method of cancer development,
there was strong evidence that welding fumes induce chronic inflammation and
suppress the immune system.

Electric arc and laser welding also give off UV
radiation, which is carcinogenic and a known cause of ocular melanoma.

Typically arc welding produces much higher
levels of UV radiation than both natural sunlight and other processes
generating UV radiation.

The factors affecting exposure include the type
of welding, the intensity of the radiation, the length of exposure and the
distance from the welding activity.

Welders can be exposed directly, from radiation
produced by the arc, as well as indirectly from radiation that bounces off hard
surfaces around them.

The IARC working group also reported that
several studies had found an association between welding and mesothelioma,
indicating that welders often face co-exposure to asbestos.

Other co-exposures include solvents and tobacco smoke, with a 2012 study finding that welding fumes increased the risk of lung cancer in light smokers, but not in moderate to heavy smokers.

In addition to cancer, welders are also at risk
of developing other disorders, such as asthma, bronchitis, lung function
disorders, neurological disorders and renal tubular dysfunction.

Employers have a legal responsibility to
provide a safe working environment for their employees, while workers must
follow all reasonable health and safety directions, as well as take care of
their own health and safety.

The health and safety of bystanders and other
workers should also not be put at risk by the work being undertaken.

In addition to carcinogens, welding has many other dangers that should be eliminated or reduced using the hierarchy of control, with PPE used as a last line of defence.

In particular, to reduce the risk of cancer
from welding fumes and UV radiation, welders can: