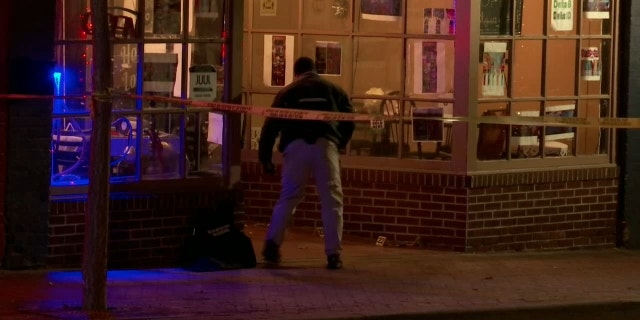 Police in Virginia say the suspect accused of murdering one person and wounding four others in a shooting at a hookah lounge in Blacksburg late Friday night has been arrested.

The suspect, identified as Jamel D. Flint, 24, of Roanoke, was apprehended Saturday following a manhunt, FOX station WFXR-TV of Roanoke reported. Details about the arrest were not immediately available.

Flint faces charges of first-degree murder in the death of Isiah O. Robinson, 18, who was a student at Patrick Henry High School in Roanoke, as well as four counts of first-degree attempted murder and one count of use of a firearm while committing or attempting to commit murder for the remaining four victims, authorities said.

“We have been in contact with his family, and they report their son is out of surgery, recovering, and seems to be doing well,” Shushok said in a statement, according to Charlottesville’s WVIR-TV. “We continue to respect the privacy of the student, and we are grateful for the outpouring of care and support directed to him.”

Blacksburg police asked that anyone with information about the shooting contact them at 540-443-1400. Anonymous phone calls can be made to the Blacksburg Police Tip Line at 540-961-1819 or by emailing ciu@blacksburg.gov.