Home Covid-19 U.S. travelers are back in the saddle again. But they've adapted to...
Covid-19

U.S. travelers are back in the saddle again. But they’ve adapted to a new reality 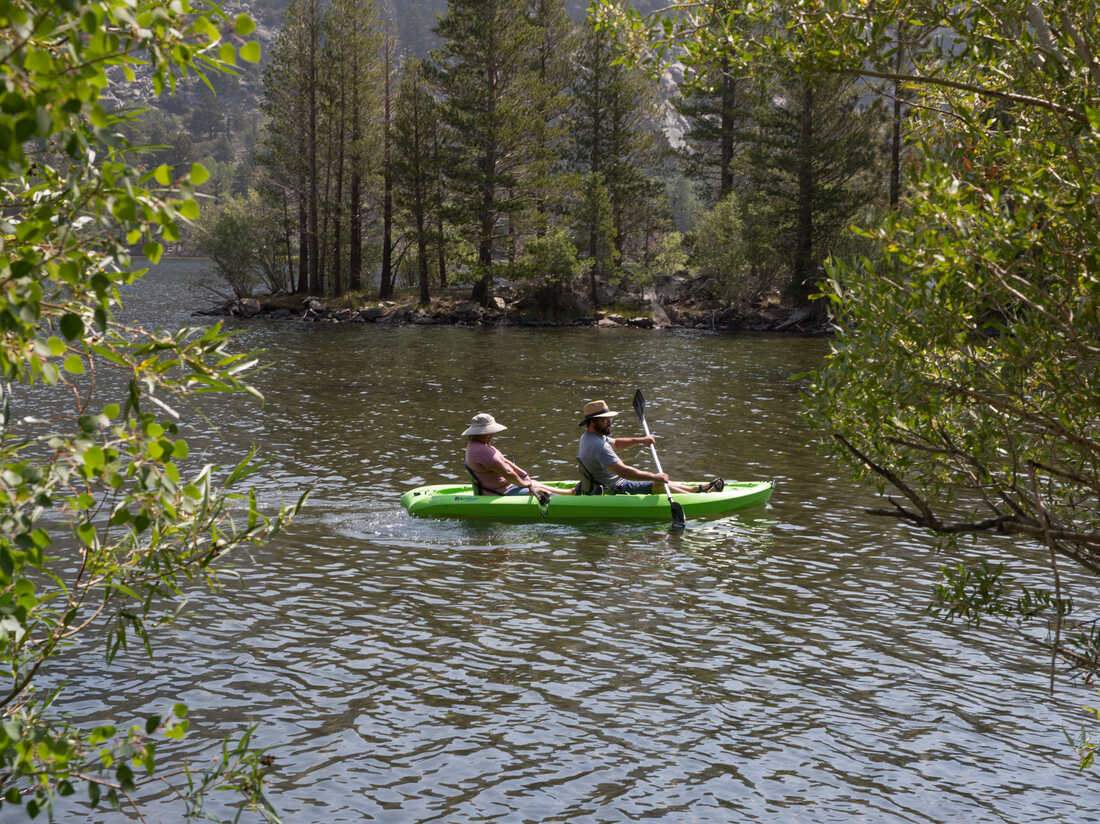 Horseback riders head down a trail near June Lake, Calif. As post-pandemic travel increases, people are flocking to outdoor activities and rural areas.

After surging coronavirus cases during the spring scuttled a much-anticipated cruise trip to Montreal, Nate Burglewski and his extended family really wanted to gather this summer — while also staying safe.

The trip had to meet a few requirements: a destination that wasn’t too far for elderly relatives in the Midwest, had strict local coronavirus safety measures and offered lots of outdoor activities. Burglewski and his wife live in upstate New York, while other relatives are scattered across the country.

“Everyone is vaccinated and got them as early as we could. With the delta variant, we still decided to be very cautious. We did self-quarantines and all got tested the week before,” he says.

They ended up meeting in Indiana, renting a vacation home and spending a lot of time outside.

After losing out on big trips in 2020 because of the pandemic, lots of Americans are making similar decisions — and making up for lost time.

“After more than a year of isolation or being limited to local activities, people showed this pent-up demand for travel,” says Larry Yu, a professor of hospitality management at George Washington University.

After more than a year of being cooped up, people are traveling again but are forsaking hotels and international and urban destinations for the great outdoors, perhaps like Silver Lake near the Sierra Nevada mountains in California.

This strong desire to travel has driven new trends in the industry — some of which may be here to stay. Like Burglewski’s family, people are flocking to outdoor activities, rural areas and private vacation rentals and are showing less interest in hotels and international and urban destinations.

And early evidence shows that despite the delta variant and still-high cases of infection in the U.S., Americans are planning to continue to travel from now to the end of the year.

“We fully expect that leisure demand, especially on the weekends, continues to be strong in the fall and winter,” says Jan Freitag, director of hospitality analytics in the U.S. for CoStar Group.

After a big drop, the industry shows signs of recovery

It’s a big change from the earlier months of the pandemic, when the industry took a massive hit.

In the U.S., travel spending plummeted by nearly $500 billion, according to the U.S. Travel Association. Thousands of jobs were lost as well: 65% of all U.S. jobs lost in 2020 were supported by travel.

To be sure, pandemic uncertainty is still causing some whiplash for businesses. Just last month, Southwest Airlines and other businesses reported they would pull back this fall.

Still, the U.S. travel sector is bouncing back from its pandemic lows, businesses and experts say. The travel association reports that travel spending is inching back up to 2019 levels. Hotel occupancy this summer recovered to just shy of pre-pandemic numbers: nearly 70% in July this year, compared with 73% during July 2019, according to STR, which provides data and research on the global hospitality industry.

The rollout of vaccinations has made a big difference, says Paula Twidale, senior vice president of AAA Travel.

The travel agency has “been experiencing a travel boom all year,” she says. “The domestic travel increase has been phenomenal.”

Americans are traveling in ways shaped by the pandemic

The Burglewski’s family vacation in Nashville, Ind., reflects many of the new realities. Most family members wore masks indoors and stayed outside as much as possible. They hiked and played four square at a nearby playground.

They chose a rental home — with a porch to gather on — over a big hotel.

“We feel like we can control the environment more,” Burglewski says.

“Some people in the family still really want to do a cruise,” he says, “but others said they don’t think they would ever be comfortable doing something like that again.”

Nathan Burglewski and members of his extended family made use of a playground near their rental home during a family vacation to Indiana this summer.

Other Americans were making similar choices over the summer — and in record numbers.

“Vrbo has experienced its best year ever,” says Melanie Fish, a company spokeswoman. That makes a lot of sense, she says, because private vacation homes in the U.S. were in high demand during the pandemic.

Families also stayed longer. For instance, Airbnb has seen a rise in families renting properties for three- and four-day weekends. That has been easier because so many companies have delayed returning to the office or have announced flexible workweeks.

Nathan Burglewski and his extended family had some requirements for their rescheduled vacation: a destination that wasn’t too far for elderly relatives in the Midwest and offered lots of outdoor activities. They ended up in a rental in Indiana.

Where travelers are going is also changing. Coastal areas have been popular, says Yu, the George Washington professor, with more people taking advantage of kayaking, boating or canoeing activities. And small towns, too. For instance, 42% of the nights booked by families on Airbnb this summer were in rural destinations, up from 32% two years ago.

“There’s been big growth in those areas,” says Christopher Nulty, Airbnb’s public affairs director. Early in the pandemic, he notes, “people were forced to travel to destinations a car ride away and they were able to find that great places exist just a tank of gas away.”

Vrbo experienced similar demand for more local travel. Trips of 250 miles or less in July and August increased by over 20% compared with the same time in 2019, according to the company’s latest data.

The greater emphasis on nature and outdoor activities is reflected in the popularity of U.S. national parks. Since seeing a major drop-off in visitors in the early months of the pandemic, the National Park Service has experienced a healthy systemwide rebound in 2021.

Yellowstone National Park, for instance, had 921,844 visitors in August 2021, making it the most-visited August on record and outpacing the pre-pandemic total for the same month by 12%, according to the NPS.

Though coronavirus cases have been declining and some foreign countries have reopened, U.S. travelers are staying cautious and, for now, close to home.

“The delta variant will continue to put a small damper on corporate demand, but the American consumers are seemingly undeterred,” Freitag with CoStar Group says. “And as delta cases decline, we expect that leisure demand will hold.”

More than 50% of American adults plan to take a domestic vacation before the end of 2022, according to AAA.

Vrbo’s outlook for this fall and winter is also looking good, with “heightened demand” for homes in December compared with in previous years, says Nancy Lien, a company spokeswoman.

“Demand for holiday bookings started picking up as early as July,” she says. “Warmer destinations like the Florida Keys and Naples, Fla., have fewer than 30% of Vrbo homes remaining during Christmas week.”

Ski destinations in the U.S. are a top choice as well. Vrbo reports that demand for popular ski spots in Breckenridge, Colo., and surrounding areas are up.

Among those who will contribute to the continuing travel surge will be Burglewski and his wife.

“We are making up for lost time and taking those trips we’ve put off,” he says.

For Christmas, they’ll fly to Florida for a 10-day stay. In the new year, the couple plans to visit Yellowstone for a delayed anniversary trip.

People are zapping their brains at home to improve focus and clear brain fog. But is it safe?

In 2021, Craig Gibbons was diagnosed with Lyme disease. His doctor prescribed him antibiotics, but the medication failed to eliminate one of his most...
Read more