Home Covid-19 The Lambda Variant: What You Should Know And Why Experts Say Not...
Covid-19

The Lambda Variant: What You Should Know And Why Experts Say Not To Panic 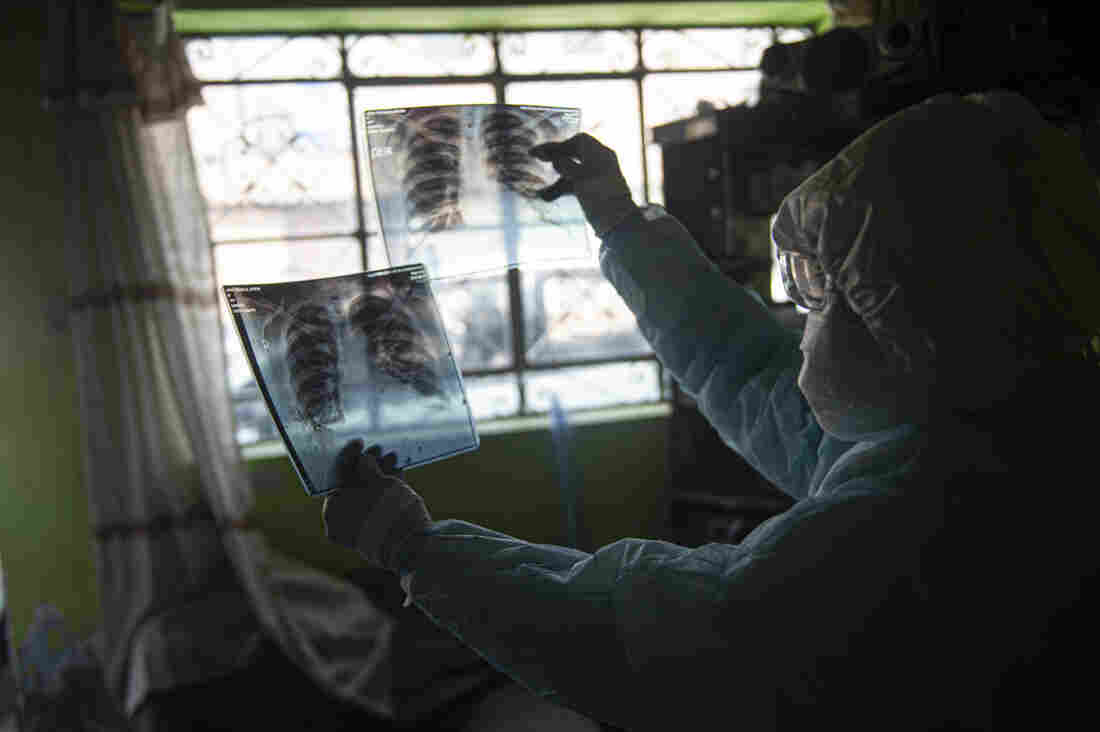 A medical assistant administers a coronavirus test last week in Los Angeles. COVID-19 cases are on the rise as the highly transmissible delta variant has become the dominant coronavirus strain in the United States.

While the delta variant of the coronavirus has quickly become the dominant strain in the United States, it’s not the only variant circulating in the population.

The lambda variant, first identified in Peru, is also making headlines as it has started to be identified in several states. Houston Methodist Hospital reported its first case of the variant this week. Scientists at the Medical University of South Carolina recently announced they had found the variant in a virus sample taken in April.

According to a database for scientists tracking coronavirus variants, fewer than 700 cases of the lambda variant have been sequenced in the U.S. so far out of more than 34 million coronavirus cases reported to date. But the U.S. has sequenced only a tiny fraction of its cases, so that number does not reflect the actual number of lambda cases in the country.

Fewer than 1% of U.S. cases in the last four weeks have been identified as the lambda variant, according to GISAID, a repository for genome data.

So do we need to add lambda to our list of big worries in the U.S.? Not yet, according to public health officials and experts.

The delta variant, which is more than two times as transmissible as the original strain of the coronavirus, now accounts for 83% of new coronavirus cases in the United States. Delta continues to be the central concern for public health officials.

What we know about the lambda variant

Dr. Stuart Ray is a professor of medicine at the Johns Hopkins Hospital, where he specializes in infectious diseases. Ray opened one of the first COVID-19 wards at Johns Hopkins in March 2020, and he has also overseen Johns Hopkins’ COVID-19 sequencing efforts.

He tells NPR that lambda is “sort of a cousin of the alpha variant” — one of the earliest identified variants of concern.

Lambda spread until it became a dominant sequence in people with COVID-19 in Peru. The WHO noted last month an elevated presence of lambda in other South American countries, including Argentina, Chile and Ecuador. And now we know it’s present in the United States.

The lambda variant carries a number of mutations with suspected implications, such as potential increased transmissibility or possible increased resistance to neutralizing antibodies, the WHO says. But it says the full extent of those mutations’ impact isn’t yet well understood and will need further study.

While there hasn’t been clear head-to-head data, the evidence so far does not suggest the lambda variant has any great advantage over the delta variant, Ray says.

“Delta is clearly dominating right now. And so I think our focus can remain on delta as a hallmark of a highly infectious variant. And there’s some evidence that it might cause greater severity per infection, although that’s still a developing story,” he says.

A doctor checks a lung X-ray while visiting a patient with COVID-19 in Comas, in the northern outskirts of Lima, Peru.

There isn’t yet full data on vaccine effectiveness against the lambda variant. But so far, studies have found that the vaccines available in the U.S. provide protection against the major strains of the virus, including the highly transmissible delta variant.

The vast majority of hospitalizations and deaths from COVID-19 in the U.S. now are among unvaccinated people.

WHO says lambda is a variant of interest. CDC does not

The WHO now assigns Greek letters to strains of the coronavirus that are classified as variants of concern or variants of interest. A variant of concern is one that has characteristics such as being significantly more transmissible or more virulent.

The alpha, beta, gamma and delta variants are all considered variants of concern by the WHO.

The WHO classified lambda last month as a global “variant of interest” — a step below variant of concern. That means it exhibits genetic changes suspected of affecting its transmissibility and disease severity and has been identified as causing significant community transmission or multiple COVID-19 clusters.

The Centers for Disease Control and Prevention keeps its own list of variants of concern and interest within the United States. Notably, lambda is not on the CDC’s list as being a variant of interest, concern or high consequence.

Ray says tracking variants is important so that we don’t get blindsided by one’s sudden arrival.

“We have to be vigilant for these new variants and track them. Genomic epidemiology remains an important activity for us to understand this epidemic,” Ray says. “But I think right now lambda is a variant of interest, and we’ll see whether it becomes a variant of concern.”

That means vaccination is more important than ever, Ray says: “As the variants become more infectious, then the proportion of vaccinated people required to control the epidemic increases.”