Home Covid-19 The Fed Says Inflation Is Hotter Than Expected — But It Should...
Covid-19 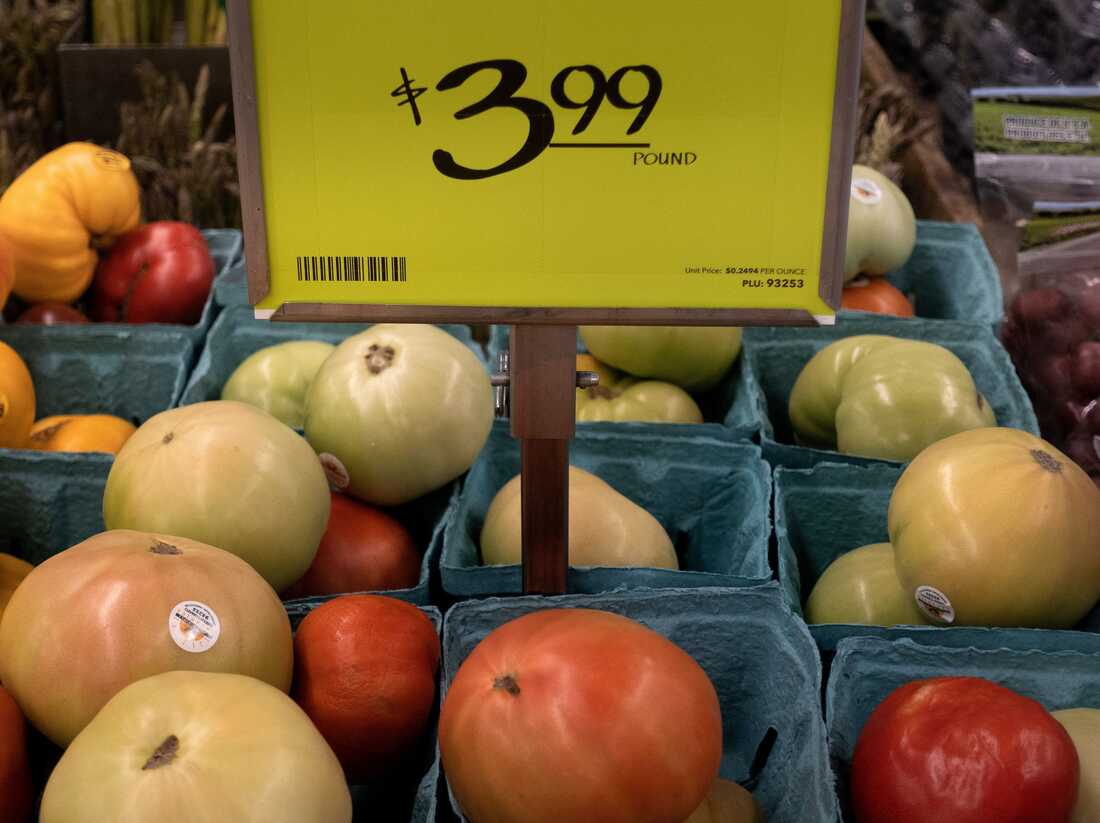 Federal Reserve Chairman Jerome Powell speaks during a Senate Banking Committee hearing in Washington, D.C., on July 15. The Fed issued new economic projections at the conclusion of its policy meeting on Wednesday.

At the conclusion of a two-day policy meeting Wednesday, members of the Fed’s rate-setting committee predicted an annual inflation rate of 4.2% by year’s end. That’s up from 3.4% they were forecasting in June. However, inflation is still expected to cool to about 2.2% next year.

Fed chairman Jerome Powell argues much of the upward pressure on prices is the result of supply-chain bottlenecks and shortages, resulting from the pandemic.

“These bottleneck effects have been larger and longer-lasting than anticipated,” Powell said. “While these supply effects are prominent for now, they will abate. And as they do, inflation is expected to drop back toward our longer-run goal.”

The Fed’s preferred yardstick for inflation is the index of personal consumption expenditures (PCE) compiled by the Commerce Department. The PCE showed an inflation rate of 4.2% in July, the most recent data available.

Inflation is running well above the Fed’s long-term target of 2%, and a growing number of Fed policy makers now see a path to raising interest rates as early as next year. Interest rates are currently near zero.

Nine members of the committee suggested it may be appropriate to raise rates as early as next year — up from seven who said so in June. Nine other members of the rate-setting committee don’t expect to raise interest rates until 2023 or later.

Fruits and vegetable are displayed at an area grocery store in Washington, D.C., on Aug. 12. Inflation has surged this year, although the Federal Reserve continues to believe the spike will be temporary.

Meanwhile, committee members think the U.S. economy will grow by 5.9% this year, a slight downshift from three months ago, when they were forecasting gross domestic product (GDP) growth of 7%. That could be partially offset by somewhat faster-than-expected growth in 2022.

U.S. employers added just 235,000 jobs in August after adding more than a million jobs the month before. A surge in new coronavirus cases tied to the delta variant likely discouraged people from traveling, eating out and attending live entertainment. At the same time, uncertainty about in-person schooling has made it harder for parents to return to work.

The central bank has been buying at least $120 billion worth of Treasury and mortgage securities each month, in an effort to support the economy and keep long-term interest rates low.

Powell said a formal decision to begin slowing those bond purchases could come as early as the next Fed meeting in November. But the central bank cautioned the pace of the economic recovery remains uncertain.

“The path of the economy will depend significantly on the course of the virus,” the Fed said in a statement. “Progress on vaccinations will likely continue to reduce the effects of the public health crisis on the economy, but risks to the economic outlook remain.”

A “Now Hiring” sign is shown near the entrance to a Ross department store on Sept. 21, in Hallandale, Fla. Employers added far fewer jobs than expected in August as the Delat variant continues to spread.

The Fed has promised to provide ample warning before any policy change, in hopes of calming investors. The stock market, which was rattled earlier this week by the threat of a debt default by Chinese property developer Evergrande Group, rebounded on Wednesday. The Dow Jones Industrial Average rose more than 335 points or nearly 1%.

The Fed met at a sensitive time for Powell

Nervous investors have also been eyeing the drawn-out battle in Congress over efforts to raise the federal debt ceiling. Powell warned of severe damage to the economy and the markets if lawmakers don’t act quickly to authorize additional borrowing so the government can continue to pay its bills.

“No one should assume the Fed or anyone else can protect the markets or the economy in the event of a failure to make sure that we do pay those debts when they’re due,” Powell said.

This week’s meeting comes at a sensitive moment for the Fed chairman, whose term expires in February.

President Biden has to decide whether to reappoint Powell — a Republican who was promoted to the chairman’s seat by former President Donald Trump — or go with an alternate candidate as some progressive Democrats have urged him to do. A possible alternative is Lael Brainard, who currently serves on the Fed’s Board of Governors.

Powell ducked a question about whether he’s had any communication with the White House about the appointment.

“I think the phrase goes, ‘I have nothing for you on that today,'” Powell said, adding he’s focused on doing his job.