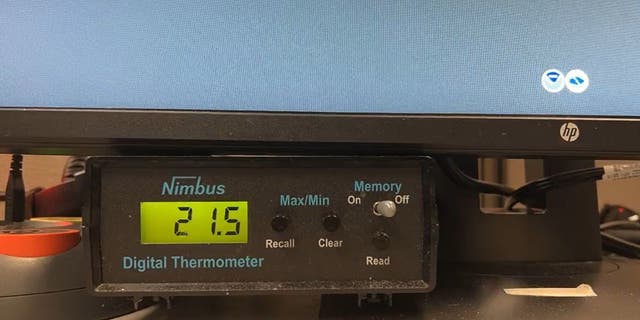 The first weather related death occurred in Memphis while the other six occurred during a fire in Cumberland County. The Cumberland County Sheriff’s Office says firefighters arrived to the scene on Plateau Road and found a house fully engulfed in flames. Officials say that four adults and two children died in the fire.

“Sheriff Casey Cox would like to ask everyone to please keep this family in your prayers,” County Sheriff’s Department Sgt. Gary Howard said. “This is a horrific event and a tragic loss for our community.”

Foul play isn’t suspected, but multiple agencies—including the TBI—have been called to investigate.

All of this came after the Tennessee Emergency Management Agency (TEMA) predicted weather related fatalities could hinder emergency service responses and cause further disasters. They also warned that temperatures would stay below freezing throughout the Christmas weekend.

Temperatures in Nashville Tennessee reached as low as 21 degrees as the 2022 blizzards buffeted the state.
(National Weather Service: Nashville)

Nashville Electric Services says that all known power outages have been resolved as of Monday with 4,000 customers losing power on Christmas Eve. Water main breaks continue to plague Tennessee as the Nashville Water Service (NWS) works to restore water.

Before Nashville was buffeted by the 2022 blizzards there emergency services were spread thin by bouts of flooding from heavy rainfall.
(National Weather Service: Nashville)

“We are also aware that many of our residential customers have experienced private plumbing issues associated with the freezing temps. As pipes thaw, potential breaks often reveal themselves in walls, ceilings, etc,” NWS Strategic Communications Manager Sonia Allman says. “We encourage our customers to check on homes of neighbors and family members out of town and businesses closed for the holidays to ensure that they have not experienced a private plumbing issue.”

Tennessee is far from the hardest hit state with New York bearing the brunt of a blizzard. Buffalo has been particularly damaged with sub-zero temperatures, high winds, and over 35 fatalities.