Home Emergency Storm Eunice – what we know so far
Emergency

Storm Eunice – what we know so far 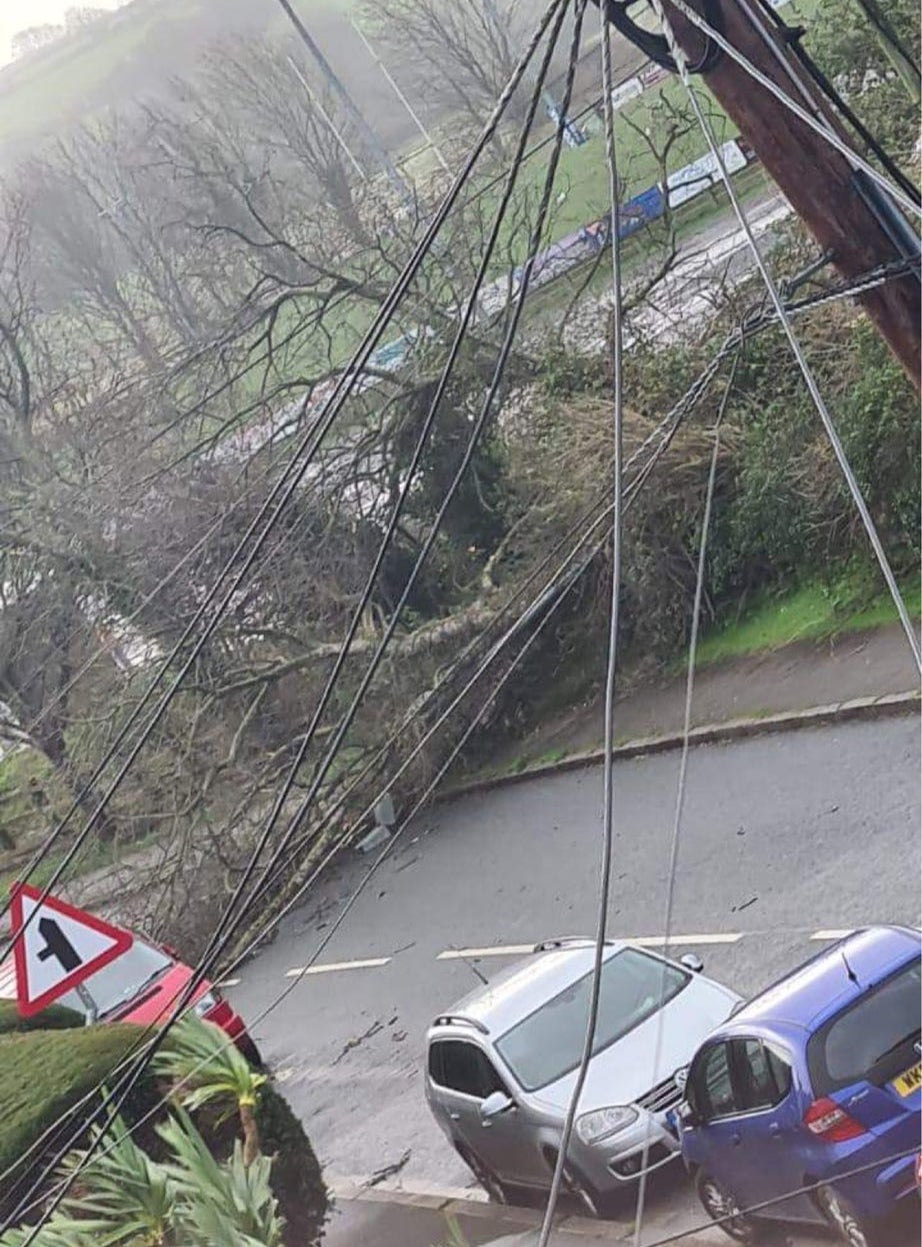 torm Eunice has brought mighty winds and major disruption to much of the UK.

These are the major developments so far:

One man has died after being struck by a falling tree in Co Wexford, police in Ireland said.

Elsewhere, Thames Valley Police said a member of the public sustained serious injuries when they were struck by “falling debris” in Henley-on-Thames.

Across the UK, but particularly in the worst-affected areas, people have been asked to stay at home.

Emergency services and the Met Office warned people to stay at home.

Boris Johnson said: “We should all follow the advice and take precautions to keep safe.”

Tens of thousands of homes have had their power cut off.

Road, river and rail have all been affected.

Several bridges were closed, including both Severn Bridges on the M4 and M48, the Humber Bridge between North Lincolnshire and East Yorkshire, and the Britannia Bridge connecting Anglesey with mainland Wales.

Major roads including the A66 cross-Pennine route and the M8 between Edinburgh and Glasgow were partially closed before reopening later.

Train operators across Britain have urged passengers to avoid travelling on Friday as emergency 50mph speed limits are in place in many areas, with no trains operating in Wales for the entire day, and severe disruption out of London.

On the water, P&O Ferries suspended all sailings between Dover and Calais, while the Sandbanks ferry connecting Poole in Dorset and Studland was also halted.

And in the skies, passengers on a flight from Bordeaux to London Gatwick endured two aborted landings before their plane was put in a holding pattern over the south coast and then forced to return to the French city.

Dozens of flights were cancelled, with hundreds of delays across UK airports.

Gusts of up to 122mph have been recorded at the Needles on the Isle of Wight, the Met Office said.

At Mumbles Head near Swansea, on the South Wales coast, gusts reached 87mph, while at North Wyke near Dartmoor in Devon they have hit 82mph.

During Storm Arwen in November 2021, wind speeds peaked at 98mph at Brizlee Wood in Northumberland.

Schools in the worst-affected areas, such as south west England and South Wales, have shut for the day.

A number of attractions including the London Eye, Legoland and Warwick Castle were also temporarily closed.

Royal Mail said it was forced to suspend postal services and close delivery offices in some areas.

And communications giant Openreach said it had to cancel some customer appointments, with the storm expected to cause damage to its network and services.