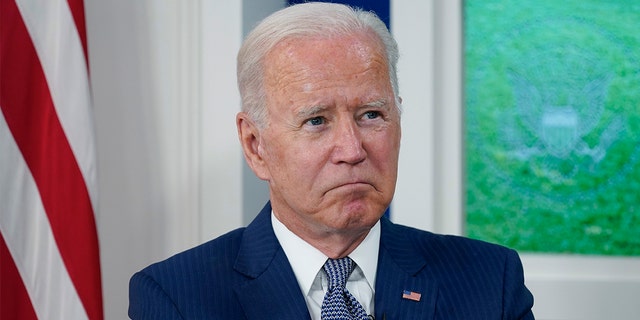 Blackburn hopped on the phone with Fox News Digital for a Wednesday interview on the situation in Ukraine, just hours before Russia launched a full-scale invasion.

In the interview, the Tennessee Republican said Biden “should have started last fall with sanctions” and the “sales of lethal aid to the Ukrainian army,” as well as giving “a coordinated, cohesive diplomatic message from the U.S. to Ukraine and thereby to our allies so that they would know that Ukraine could depend on us.”

“But President Biden chose not to do that. He chose to let this fester and to go unaddressed,” Blackburn said. “And, instead, what he’s done is to take steps that have emboldened Vladimir Putin.”

“Putin had wanted a five-year extension to New Start, and President Trump very wisely said, ‘You won’t get five years, you’re going to get one year with conditions,'” she continued. “And that was Putin’s number one ask, was that New Start treaty renewal.”

Blackburn also torched Biden for giving Putin five years with “no condition” for the New Start treaty renewal and for giving the Russian president “Nord Stream with no conditions.”

“So what has happened: Putin is emboldened. His goal is to reunite the old Soviet Union, to expand his landmass and his population,” Blackburn said. “And he is not fearful of Joe Biden. He sees Joe Biden as weak and he does not think that Biden is going to challenge him.”

The Republican senator also predicted Ukraine and “foreign affairs” in general will play a major part in the 2022 midterm elections in November.

“People are quite concerned about the safety and security of our nation. And so what they want to do is just to know that we are going to have people in the Senate and the House that are going to pay close attention to not only domestic policy…,” she said. “They also want to look at foreign policy and how we’re perceived on the global stage.”

Russian President Vladimir Putin gestures while speaking to the media in the Kremlin in Moscow on Feb. 1, 2022.
(Yuri Kochetkov/Pool Photo via AP)

“The American people are smart. Tennesseans that I represent are smart. They are watching this, and they realize these decisions that are made foreign policy-wise have a major impact on what happens in their life on a daily basis.”

The White House did not respond to Fox News Digital’s request for comment.