‘Rust’ shooting investigation: Everything to know 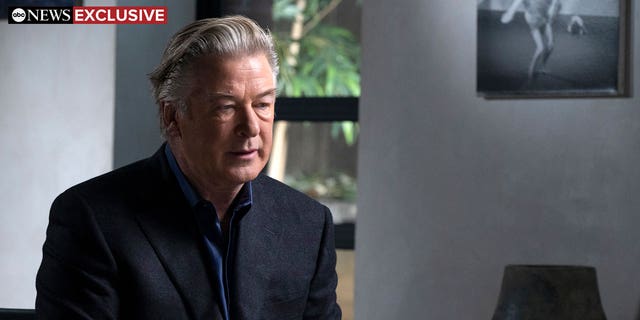 The Santa Fe Sheriff’s Department has been investigating the death of cinematographer Halyna Hutchins since Oct. 21. Hutchins died after being shot in the stomach by a revolver handled by actor Alec Baldwin on the set of the indie western “Rust.”

The Santa Fe Sheriff’s Department’s investigation has been focused on how live ammo made it onto the set of “Rust.” No charges have been filed, but Santa Fe County District Attorney Mary Carmack-Altwies claimed criminal charges are still on the table for anyone involved in the handling of the firearms on set.

“Everyone involved in the handling and use of firearms on the set had a duty to behave in a manner such that the safety of others was protected, and it appears that certain actions and inactions contributed to this outcome,” Carmack-Altwies told TMZ earlier this month.

“Once I have had the opportunity to review the complete investigation, certain individuals may be criminally culpable for his/her actions and/or inactions on the set of Rust,” she added.

Here’s a look at what we know so far two months after the tragedy:

The Santa Fe Sheriff’s Department continues to investigate the fatal shooting that led to the death of cinematographer Halyna Hutchins on Oct. 21.
(Photo by Sonia Moskowitz/Getty Images)

Halyna Hutchins was shot and killed on the set of “Rust” while filming an insert scene for the western. Hutchins was directing Baldwin on how to aim the revolver for a close-up shot when the gun fired.

Joel Souza was the director of “Rust.” He was hit in the shoulder by the projectile that hit Hutchins.

Baldwin claimed he pulled the hammer of the gun as far back as he could and released it, but never pulled the trigger of the gun. Baldwin admitted in interviews with authorities and during a televised interview that he was not aware there was a live round inside the revolver when he pointed it at Hutchins.

Hannah Gutierrez Reed worked as the armorer on the set of “Rust” and claimed she held a second role as the prop master’s assistant. Gutierrez Reed was in charge of the guns and ammo. She has taken responsibility for loading the revolver that Baldwin used the day of the shooting. However, Gutierrez Reed claimed she didn’t know how a live round made it in the gun.

Dave Halls worked as the assistant director on “Rust.” Since Gutierrez Reed was not inside the church at the time of the rehearsal, Halls handled the revolver Baldwin was using. Before the fatal shooting, Halls yelled “cold gun” and handed off the revolver to Baldwin, according to affidavits.

Sarah Zachry worked as the prop master on “Rust.” She helped Gutierrez Reed with the handling of the revolver before the rehearsal.

Baldwin has claimed he did not pull the trigger of the gun he was holding when Hutchins was fatally shot on the set of ‘Rust.’
(Photo by Jeff Neira/ABC via Getty Images)

Five search warrants have been issued in the “Rust” shooting investigation.

1. The Santa Fe Sheriff’s Department first obtained a search warrant for the church where the shooting occurred. Items authorities were able to seize during the first search included video cameras, firearms, ammunition, clothes, photographs, cameras and other items.

3. The Santa Fe Sheriff’s Department then obtained a third search warrant in order to search a white prop truck. During the third search, authorities recovered 13 firearms, ammunition and other items.

5. Most recently, the Santa Fe Sheriff’s Department obtained a 5th search warrant for Alec Baldwin’s cell phone. The warrant had not been executed at the time this article was published. The sheriff’s department approached Baldwin for his phone but was told to obtain a search warrant instead.

Baldwin, along with others involved with the production of “Rust,” has been hit with multiple civil lawsuits from crew members of “Rust.” Script supervisor Mamie Mitchell and gaffer Serge Svetnoy, who were inside the church at the time of the shooting, filed lawsuits.

Mitchell is claiming assault, intentional infliction of emotional distress and deliberate infliction of harm in her lawsuit. The lawsuit claimed that Baldwin “intentionally, without just cause or excuse, cocked and fired a loaded gun” even though the upcoming scene “did not call for the cocking and firing of a firearm.” The lawsuit also claimed Baldwin pointed and fired the gun at Hutchins, Souza and Mitchell even though that was against protocol.

Svetnoy’s lawsuit also noted that Baldwin was only supposed to have pointed the gun at the camera and not anyone else. Svetnoy claimed Baldwin “owed a duty” to the gaffer and other crew members to handle the gun as he would a loaded weapon. He claimed he was hit by “discharge materials” and “suffered injury, including severe emotional distress, as a direct and proximate result of the incident.”

Hutchins’ husband has yet to file any form of a lawsuit against Baldwin and the “Rust” production.

Hutchins was working with Baldwin on rehearsing a camera angle where the actor would point the revolver at the camera when she was hit by a projectile discharged from the firearm.
(Mat Hayward/Getty Images for AMC Networks)

The Santa Fe Sheriff’s Department’s investigation is ongoing. The sheriff’s department is awaiting results from the FBI which would shed light on how the gun could have been fired, whether that was just pulling back the hammer – which hits the firing pin – just pulling the trigger or both.

“Guns don’t just go off,” Sheriff Adan Mendoza previously told Fox News Digital. “So whatever needs to happen to manipulate the firearm, he did that and it was in his hands.”