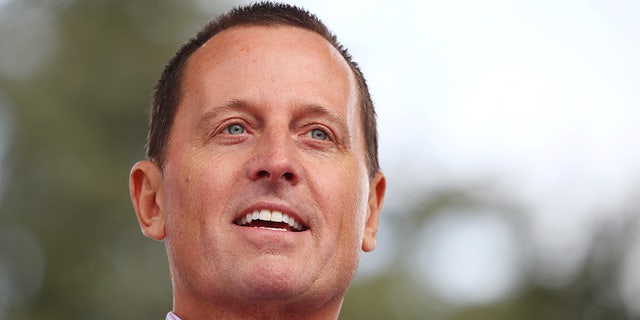 Angela Merkel has been Chancellor of Germany for 16 years. She will visit the White House Thursday for the last time as the country’s leader because she is stepping down in September.

I was with Chancellor Merkel when President Trump gave her a private tour of his White House residence in 2018. I saw how President Trump used humor and facts to present her with the American people’s frustration that Germany refused to pay its NATO obligations while also buying worrying amounts of gas from Russia.

Yet, Merkel always struggled to explain why exactly her country had a budget surplus while not meeting their financial commitments to NATO’s defense. She also failed to make clear why exactly Germany was ignoring European concerns that she was feeding the beast of Russia with the Nord Stream 2 pipeline partnership.

As U.S. ambassador to Germany during the Trump administration, I spent much of my time trying to convince the largest country of America’s European allies that some of their political positions were incompatible with a Western-facing Alliance. U.S. Embassy Berlin and the many Foreign Service Officers serving there and in the five consulates located in Hamburg, Dusseldorf, Munich, Frankfurt, and Leipzig helped coordinate U.S. responses to Chinese and Russian espionage; technology theft; unfair trade deals; differing threat assessments from Iran, Russia and China, energy security and NATO obligations.

I came away wondering why the German government does not share the Western Alliance view that the Kremlin and the Chinese Communist Party will not eventually converge with the values and interests of Western Europe. Expecting them to will only make it more likely that the two hostile powers will succeed in further marginalizing the West.

Clinton, Bush and Obama all believed that the increase in the number of democracies in the world was inevitable and irreversible, yet they stood by while Germany drifted towards a Swiss style neutrality.

In 1990, NATO Secretary General Manfred Wörner warned that Europe either “lapses back into the old power politics and balance of power diplomacy of past centuries or it moves ahead along the road leading to a new order of peace and freedom.”

Unfortunately for Germany, it interpreted the end of the Cold War as a permanent moral triumph rather than a strategic victory that required more tending. And over the decades since, the German government morphed into a Germany-First economic machine that moved away from the West as it sought more money and trade with anyone and everyone.

But U.S. policy is also to blame. A naïve belief in the universalization of Western liberal values blinded previous U.S. administrations and allowed the largest economy in Europe to drift away from the West. Clinton, Bush and Obama all believed that the increase in the number of democracies in the world was inevitable and irreversible, yet they stood by while Germany drifted towards a Swiss style neutrality.

Underlying some of these challenges is the continued faith in “convergence,” the post-1989 theory that integration and cooperation eventually convert all states into liberal democracies and market economies. Despite Russia’s invasions of Georgia and Ukraine, assassinations of political opponents in England and Germany, and its contributions to genocide in Syria, the hope seems to persist in Berlin that deeper cooperation with Moscow and China might moderate their behavior.

The relative decline of some traditional U.S. allies, and the decay of the U.N. and other corrupt institutions, forced the Trump administration to deepen cooperation with newer allies. That is partly why the United States pursued ever-closer ties with India, Vietnam, Indonesia, the UAE, and other Eurasian powers in 2016.

But the establishment class in Washington, Brussels and Berlin bizarrely push the idea that American and global security would benefit more from keeping nations which share U.S. interests in a position of perpetual dependency. What these NGO types fail to understand is to bolster the independent political and military power of one’s allies is not to question their value, but the best way to ensure their continued freedom.

American and European elites alike have difficulty accepting the fact that today China and Russia consider Europe an economic and political playground (to say nothing of a potential dependency), not a significant pole of Western power. Their opportunity lies in the relative disunity of the European Union, and in the fact that it is losing, not gaining, members.

Under President Trump’s persistent and often tense demands for Europe, America’s allies have shown signs of renewal. While less than one-third members of NATO currently meet their agreed-upon 2014 Wales Summit Pledge of two percent defense spending, there has been a $140 billion increase for the Western Alliance defense since 2016.

But while government bureaucracies, legacy media outlets, self-described Transatlantists and elite universities celebrate the 16 years of Merkel’s leadership in Europe, the Alliance has drifted. It needs to be reminded that it is to be a Western Alliance, not just an EU-U.S. Alliance.