Home Covid-19 Powell Says It May Soon Be Time For The Fed To Start...
Covid-19 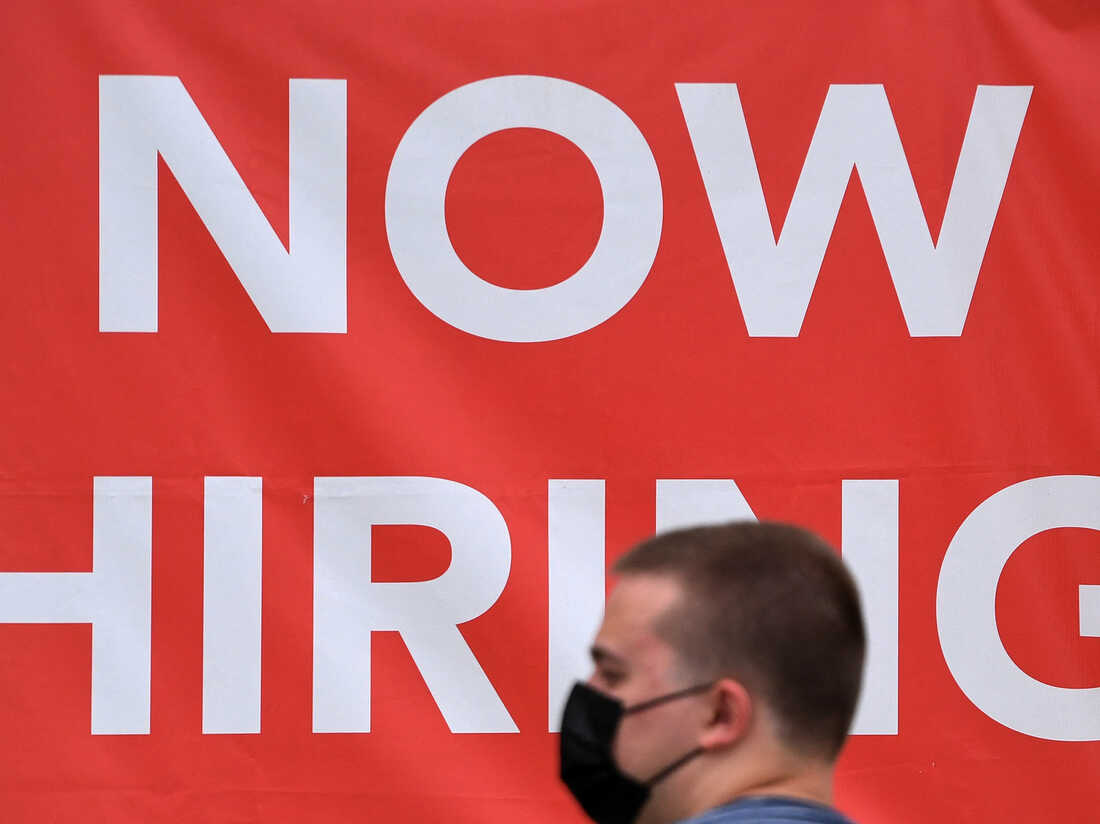 Federal Reserve Board Chairman Jerome Powell testifies before a House Oversight and Reform Select subcommittee hearing in June. Powell said Friday the economic recovery continues, signaling it may soon be time for the central bank to start removing some of its massive support.

Federal Reserve Chairman Jerome Powell said on Friday the U.S. continues to recover from the pandemic recession, and that progress could allow the central bank to dial back its extraordinary efforts to prop up the economy later this year.

Powell cautioned, however, that the recovery remains uneven and unpredictable, and said the Fed will continue to monitor incoming data and adjust its policies as needed.

The Fed chairman addressed an annual economic conference that’s usually held in Jackson Hole, Wyo. A spike in coronavirus cases forced organizers to move the meeting online a week ago, highlighting the uncertainty that forecasters have had to reckon with throughout the pandemic.

“Labor market conditions are improving but turbulent,” Powell said. “And the pandemic continues to threaten not only health and life but also economic activity.”

Powell’s speech comes as he and other policymakers are trying to decide when the Fed should start to phase out its aggressive bond-buying program.

The central bank has been buying at least $120 billion worth of Treasury and mortgage-backed securities every month in an effort to prop up the economy by keeping borrowing costs low.

At their last meeting in July, policymakers said the job market was not yet strong enough to slow those purchases, but most thought it could be later this year.

In his speech, Powell reaffirmed that timetable without providing specifics but said policymakers will continue to monitor evolving risks.

Investors seemed to welcome the Fed chairman’s cautious approach. Stock indexes rose during the speech, with the Dow Jones Industrial Average up more than 200 points midmorning.

The labor market is roaring back …

Employers have been on a hiring spree, adding nearly 1.9 million jobs in June and July. But the U.S. has yet to replace about 25% of the jobs lost in the early months of the pandemic. And millions of people who left the workforce during that period have yet to return, prompting employers to complain about a labor shortage.

Many forecasters hope to see a jump in job applicants this fall as children go back to school and supplemental unemployment benefits run out across the country. But the surge in coronavirus infections tied to the delta variant has put that optimistic outlook in doubt.

“While the delta variant presents a near-term risk, the prospects are good for continued progress toward maximum employment,” Powell said.

A man passes a “Now Hiring” sign outside a store this month in Arlington, Va. The Fed chairman noted Friday that more progress needs to be made to return to full employment.

… But so is inflation

The strong job market the U.S. was enjoying before the coronavirus struck had widespread benefits — especially for workers on the lower rungs of the income ladder — and the Fed is eager to see a return to that. Powell and his colleagues have said they’re willing to tolerate somewhat higher inflation to encourage full employment.

But policymakers have been surprised at how much prices have jumped in recent months.

The consumer price indexrose 5.4% in the 12 months ending in July, matching the June inflation rate that was the highest in nearly 13 years.

A separate inflation measure, which the Fed closely follows, was 4.2% for the 12 months ending in July, up from 4% a month earlier.

Fed officials surveyed in June said they expected that separate measure to drop to 3.4% by the end of this year and to 2.1% in 2022.

Both the central bank and the Biden administration believe much of the recent runup in prices has been driven by temporary factors. Those include pent-up demand from consumers who had limited opportunities for travel and in-person entertainment last winter and supply-chain bottlenecks that have resulted in shortages of everything from two-by-fours to iPads.

“Inflation at these levels is, of course, a cause for concern,” Powell said. But he reiterated his view that prices should level off as demand cools and shortages get worked out.

“Central banks have always faced the problem of distinguishing transitory inflation spikes from more troublesome developments, and it is sometimes difficult to do so with confidence in real time,” Powell said. He stressed that if it becomes necessary, the Fed will use its tools to keep inflation in check.

Many economists agree that inflation is unlikely to spiral out of control as it did in the 1970s. But others caution that even a “temporary” spike in inflation may last longer than is comfortable.

“Our sense is that supply-chain bottlenecks [and] the pressure on labor are going to make inflation a little bit more persistent than what the Fed has been counting on,” Wells Fargo economist Mark Vitner said this week.

Yellen was Fed chair until then-President Donald Trump tapped Powell to replace her.