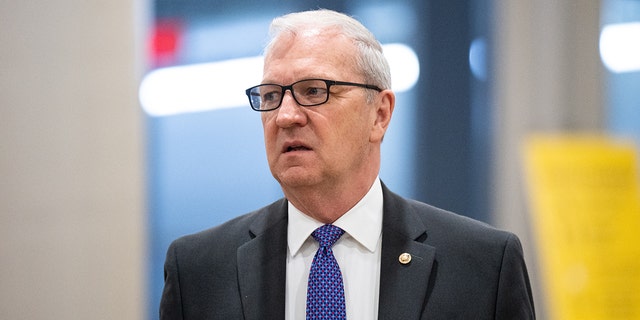 More than 300-acres of North Dakota farmland could soon be home to a massive corn mill, owned by the Chinese company Fufeng.

Fufeng plans to invest $700 million to open the mill. But the community is weary because state and local officials said the company has ties to the Chinese Communist Party.

“I’m not going to say that economic development isn’t a good thing. But at what cost?” said Ben Grzadzielewski.

The plant would be just 12-miles from the Grand Forks Air Force Base – home to top secret drone technology. The community is fighting back, collecting thousands of signatures on a petition to bring the deal to a vote and suing the city to stop the project. Grzadzielewski is working closely with the legal team.

IF BIDEN WON’T STOP LAND GRABS BY CHINA, CONGRESS WILL

“In terms of Grand Forks, its water use, pollution, and smell. In terms of national, it is security. Everyone should be worried nationally about the security issues as well as locally,” Grzadzielewski told Fox News.

The prime farmland is just across from Frank Matejecks Red River Angus Farm.

“This is 370-acres of some of the best farmland in the country,” Matejeck said.

Wondering why Fufeng chose that land for the mill, he told Fox News that the property would not be located near tons of corn crops.

“There will never be enough corn from the growers around here to facilitate that plant, ever,” said Matejeck.

The land, which is usually full of sugar beets and soybeans, was owned by three local farmers. The property was not for sale when officials said Fufeng offered to buy the land. The Chinese company spent millions to secure the deal, dishing out well over the average price for the land at more than $26,000 an acre.

From yard signs, to tense council meetings, the fight against Fufeng rages on.

“This is crazy. You people want to bring communist China to Grand Forks. They kill people in communist China,” a concerned citizen told the council at a recent meeting.

Sen. Kevin Cramer, R-N.D., walks through the Senate subway in the Capitol on Wednesday, May 4, 2022.
(Bill Clark/CQ-Roll Call, Inc via Getty Images)

Now, making its way all the way to Washington D.C. where North Dakota Republican Senator Kevin Cramer said the threat of Chinese espionage is very real.

“The China of today is not the China of decades ago. China has demonstrated real aggression,” said Senator Cramer.

Cramer is a member of the Committee on Armed Services. Receiving weekly national security briefings.

“Stuff that I can’t share, but stuff that people should be concerned about,” Senator Cramer said.

It’s not just here in North Dakota. According to the USDA, Chinese owners control at least $2 billion worth of agricultural land across the country. That number is low compared to other foreign countries but growing.

Fufeng would be the largest foreign private sector investment in the history of Grand Forks. The city said the plant would bring in at least 200 jobs and millions in tax revenue.

“We would love to see growth. We’d love to see a corn mill, you know, the whole China thing just makes it more difficult for us,” Mayor Bochenski said.

Mayor Bochenski said Grand Forks is not desperate for investment and he knows there is a possibility the deal could be killed.

“There’s nobody in the world right now than me that would rather have this be an American company. Because, you know, like I said, nobody is ecstatic about it being a Chinese investment. We’re patriotic. I’m a patriotic guy. I would love American companies to invest more in our country instead of investing overseas. But, you know, that’s not the environment we’re in, unfortunately. We’re trying to sort through this,” Bochenski told Fox News.

The Republican Mayor said it is not a done deal, until the federal government weighs in.

“If they truly believe it is a bad project and have the facts and the information to back it up, we’ll certainly follow their lead,” Mayor Bochenski said.

Right now, the federal government is reviewing Fufeng’s plans to find out if there is any threat to national security.  The city expects the review to be done within a month.

Fufeng said they won’t comment until the review is done. So, for now, the plan is still in play.

Alexis McAdams currently serves as an FNC correspondent based in New York City. She joined the network in January 2020.