Home Covid-19 More Retail Workers Are Quitting Than Ever, But More Stores Are Opening...
Covid-19

More Retail Workers Are Quitting Than Ever, But More Stores Are Opening Than Expected 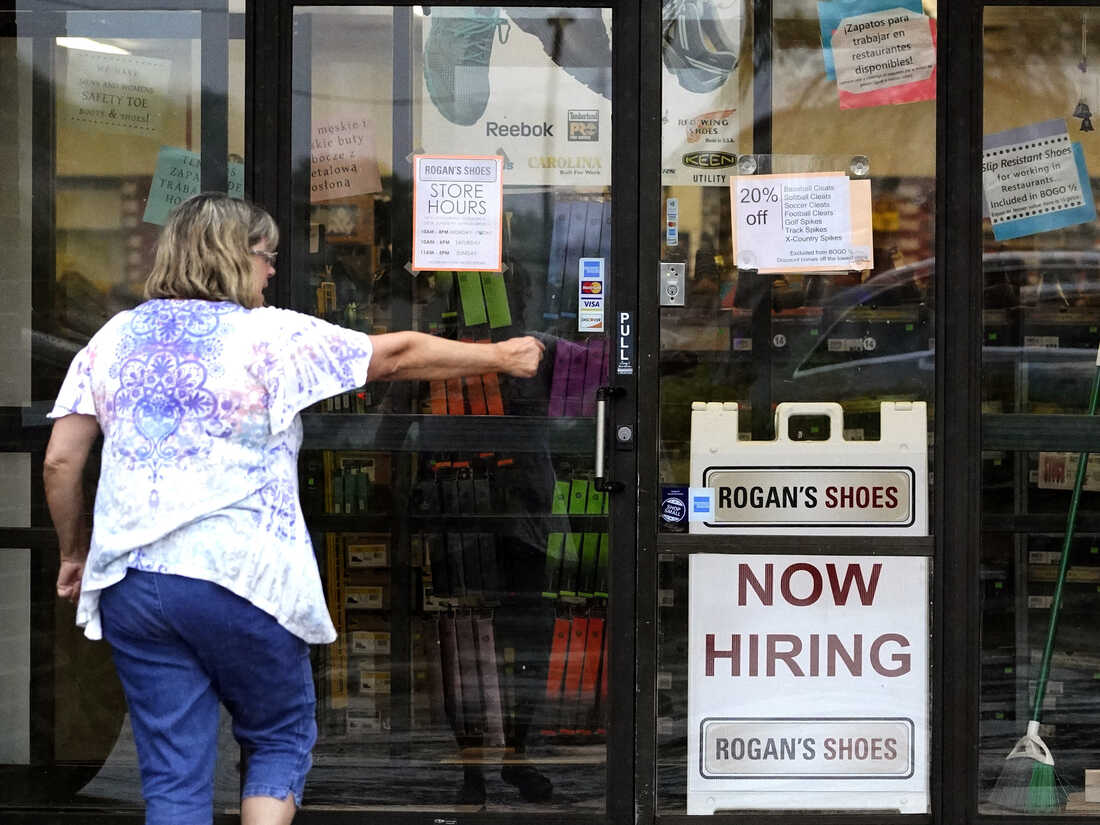 People shop at a Macy’s in New York this month.

On a gray, dreary February day, Marguerite Adzick looked out on ice caps floating off a desolate beach along the Jersey Shore. The coronavirus was surging. Mass vaccinations had barely begun. And she had just told her investors she was about to sign a lease on her first brick-and-mortar clothing store.

“They were just, I think, speechless,” says Adzick, whose store, Addison Bay, sells women’s activewear. “I think me even saying it out loud … was a little comical. But we ran the numbers. We knew it would work.”

When the pandemic struck last year, retail spiraled into upheaval. Since then, it has become a world of seemingly contradictory trends. The industry is hitting many milestones: record numbers of workers quitting and getting hired, wages and prices on the rise. And despite the pandemic devastation, brand-new stores are still opening as shoppers spend more than ever.

These are some of the biggest themes of the year so far:

Retail workers are quitting at a record rate

In June alone, 632,000 workers quit retail jobs. In fact, for most of the year, every month, roughly 4% of the retail workforce has quit — part of a nationwide wave of workers reconsidering their careers post-pandemic.

Supermarket and service station employees were among the lowest-paid workers to be declared essential during the pandemic, often taking on the dangerous task of policing mask-wearing by customers. Angry shoppers have assaulted and even killed workers. Tens of thousands got sick with COVID-19 and dozens died.

“It was scary,” says Bekah Pressley, who spent the pandemic working at Walmart in southern Arizona. “I kind of didn’t process all that for a long time. … I remember going to my car and just crying because it was so scary.”

Pressley, like many others, says the pandemic added to the ordinary stresses of the job, such as frantic schedules and a lack of paid time off. When her store had to close as she and others got the coronavirus, Pressley’s pay left her short on bills. She recently got a new job as a coronavirus screener at an industrial facility, earning $15 an hour — up from her retail pay of $12.75 an hour.

But retail stores are also hiring at a record pace

In June, the retail industry had an eye-popping number of 1.1 million job openings — after more than 1.1 million workers got hired in a remarkable hiring spree.

A hiring sign is displayed outside a store in Buffalo Grove, Ill., in June.

Historically, when workers quit retail jobs, they frequently do so to take another retail job, according to labor experts and pre-pandemic surveys. Now, some workers might be jumping ship from one store to a different store to take advantage of extra bonuses and perks.

Retailers have been chasing after more workers with wage increases, one-time signing bonuses and other perks, such as Walmart’s and Target’s expansions of their free-college programs. CVS Health said it would no longer require a high school diploma for some entry-level jobs, opening the door to a new crop of candidates.

Plus, more new stores are opening than expected

Leading the pack are dollar-store chains, along with others, including Foot Locker, Aldi, Burlington, Tractor Supply and Bath & Body Works, according to Coresight Research, which tracks store announcements and has counted 4,713 store closures and 4,602 store openings so far this year. Despite the devastation of the pandemic, openings actually outpaced closures for part of the year.

In fact, the pandemic upheaval created some new opportunities. Enough retailers were going out of business that landlords got more accommodating, offering new tenants discounts on rent or early exit options if shoppers did not return.

Shoppers line up for the grand opening of Addison Bay’s first physical store on a rainy May day in Avalon, N.J.

Some stores are also reinventing their spaces, turning them into hubs for deliveries or shipments, or opening shops inside shops, such as Sephora in Kohl’s or Disney and Apple in Target. Even Amazon is rumored to be planning essentially a department store.

“We did see enough of life coming back to normal [summer 2020] that gave us the sense that people are pretty set in their habits, people are going to go back to shopping malls,” says Kenny Minzberg of menswear retailer Psycho Bunny, which went into the pandemic with five locations, now has 18 and aims for 29 by the year-end — all in malls.

Adzick, the women’s activewear seller, tested the water for her first store last summer with outdoor pop-ups in the beach town of Avalon, N.J. Her brick-and-mortar Addison Bay store opened in May to a line down the block in the rain. Adzick and Minzberg both say physical stores drew in brand-new shoppers and boosted online sales.

Retail wages are rising the fastest in years, but so are prices

This year, fighting for workers, many retailers pushed up wages faster than expected. Best Buy and Kay Jewelers, for example, raised starting pay to $15 an hour.

But for many years before this, retail wages had stagnated, and last year’s pandemic “hero pay” bonuses proved to be a temporary boost. In June, the U.S. Bureau of Labor Statistics showed average hourly pay of nonmanagers in retail reaching $18.62. For grocery store staff specifically, average pay was lower at $14.92 an hour. At gas stations, it was $13.89 an hour.

Meanwhile, higher prices are erasing the buying power of those new raises. July saw the highest inflation rate in nearly 13 years. Some labor economists worry that wages might get frozen again while prices continue rising.

President Biden had campaigned on a promise to raise the federal minimum to $15 an hour, but Democrats could not include it in the COVID-19 relief bill, and for now it’s also not mentioned in the new Democratic budget proposal.