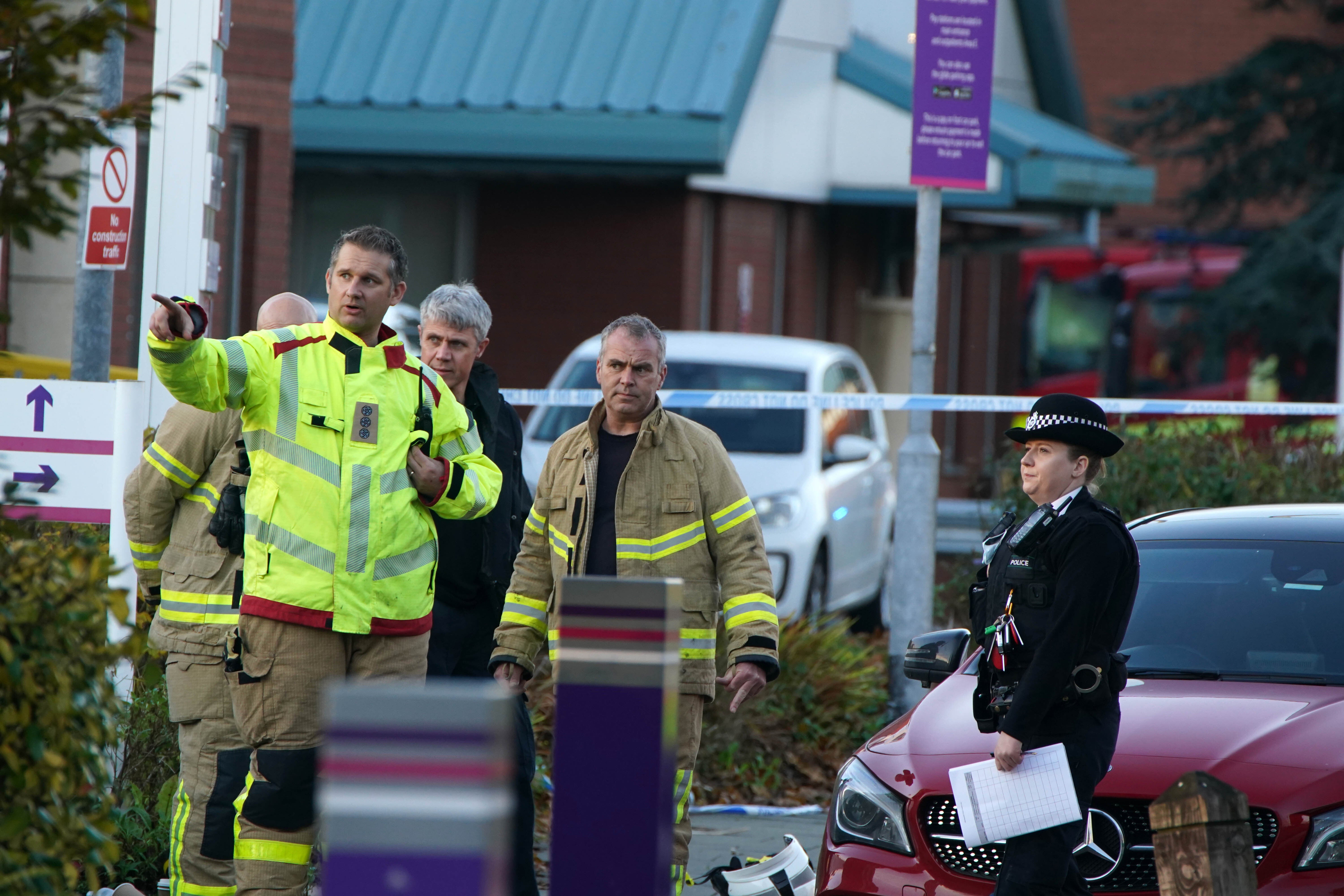 he suspected terrorist who blew himself up with a homemade bomb outside a hospital was a Christian convert who reportedly had an asylum claim rejected in 2014.

The 32-year-old died in the blast in a taxi outside Liverpool Women’s Hospital shortly before 11am on Remembrance Sunday.

Taxi driver David Perry escaped the vehicle and has since been discharged from hospital.

Police who are being assisted by MI5 in the investigation, said “significant progress” had been made but it could take “many weeks” before they fully understand what happened.

The incident has been declared a terrorist attack and the UK terror threat level has since been raised from substantial to severe, meaning an attack is “highly likely” rather than “likely”.

It is understood that an Islamist plot is one line of inquiry but investigators are keeping an open mind and the motivation is yet to be established.

Official sources told the PA news agency the current understanding is still that the hospital was the intended target.

Assistant Chief Constable Russ Jackson, from Counter-Terrorism Police North West, previously told journalists the explosive device had been “manufactured” and the force’s assumption was that it was built by Al Swealmeen.

The probe is examining, among other possibilities, whether the main charge on the device failed to explode and is looking at if the homemade explosive TATP was used. But PA understands forensic investigations are still underway.

Malcolm Hitchcott, who with his wife Elizabeth had taken Al Swealmeen in to live with them, said the suspect had first come to Liverpool’s Anglican Cathedral in 2015 wanting to convert from Islam to Christianity.

Al Swealmeen was baptised in 2015 and confirmed in 2017, but lost contact with the cathedral in 2018, according to a cathedral spokesman.

Mr Hitchcott told The Sun: “He was destitute at that time and we took him in.

“The UK asylum people were never convinced he was Syrian and he was refused asylum in 2014.

“He had his case rejected because he has been sectioned due to some mental health incident where he was waving a knife at people from an overpass.”

Speaking to ITV, he said there was “never any suggestion of anything amiss” during the eight months Al Swealmeen lived with them.

Mrs Hitchcott told the BBC: “We’re just so, so sad. We just loved him, he was a lovely guy.”

Anglican Bishop Cyril Ashton said: “Like so many, I have been shocked and saddened by the bombing in Liverpool and the revelation that the bomber was part of the cathedral community for a while.

“His confirmation was one of hundreds I have conducted as a bishop, so I have no specific recollection of the individual.

“The church takes confirmation seriously and I know that he would have been thoroughly prepared with an understanding of the Christian faith.

“It seems that, sadly, despite this grounding, the bomber chose a different path for his life. My prayers are with the cathedral, David Perry and the entire community at this time.”

The suspect, described as artistic and a motor-racing fan by the Hitchcotts, was reported to have changed his name to Enzo Almeni – after the renowned racing figure Enzo Ferrari.

According to the Sun, he was a Jordanian national who had spent time in Iraq where his mother was from.

One unnamed source quoted in the newspaper said an issue being considered is whether the suspected attacker was motivated by an “unresolved grievance” with the Home Office over a bid to become a UK resident.

Searches have been carried out at an address in Rutland Avenue, where detectives said Al Swealmeen was picked up by the taxi, and a second property in Sutcliffe Street, where officers believe he previously lived.

Four men arrested under terrorism laws in the Kensington area of Liverpool – three aged 21, 26 and 29, who were held on Sunday, and a man aged 20 who was detained on Monday – have now been released from police custody following interviews.

Police continued to appeal for any information about the incident or the suspected attacker.