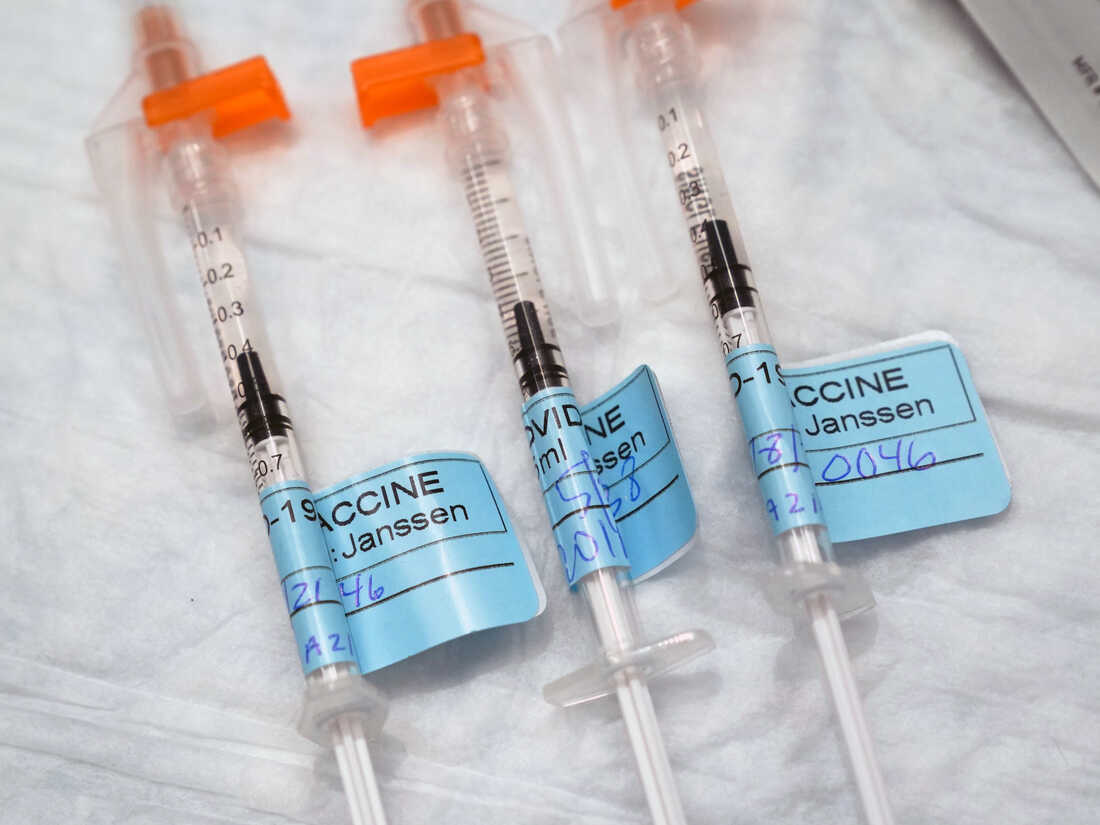 Johnson & Johnson shared data from the Phase 3 trial of its booster shot on Tuesday indicating a booster shot at six months provided a 12-fold increase in antibodies.

People who receive a Johnson & Johnson COVID-19 vaccine booster shot are better protected against the coronavirus for a longer period of time, according to the pharmaceutical company’s latest trial results.

The one-dose Johnson & Johnson vaccine has been found to be 66% protective against moderate and severe disease overall worldwide and 72% protective against such cases in the U.S. But when a person receives a booster shot two months after getting the pharmaceutical company’s one-dose vaccine, the protection against COVID-19 increased to 94%.

A booster shot at six months provided a 12-fold increase in antibodies.

The company had previously shared earlier evidence from this trial that people who received its one-shot COVID-19 vaccine could benefit from a booster shot after six months. The information shared Tuesday was part of the company’s Phase 3 trial.

Experts have said coronavirus boosters will be needed down the road because the efficacy of these vaccines, including the two-dose Pfizer and Moderna shots, wanes over time. Johnson & Johnson’s trial data provides further support that a COVID-19 booster shot could go a long way in providing continued protection from the virus.

“Our single-shot vaccine generates strong immune responses and long-lasting immune memory. And, when a booster of the Johnson & Johnson COVID-19 vaccine is given, the strength of protection against COVID-19 further increases,” Mammen said.

Pfizer’s own data indicates booster shots can restore its vaccine’s efficacy to 95%. A third dose of the Moderna vaccine, given six months after the initial two doses, also significantly boosts immunity, according to the company’s data.

Despite President Biden’s earlier announcement that the U.S. plans to get booster shots in the arms of already-vaccinated Americans, it’s unclear when health officials would approve such a move for the general public.

Health officials have already recommended a third shot of the Pfizer or Moderna vaccine for a more limited population — people who are moderately to severely immunocompromised. But last week, the Food and Drug Administration recommended against approval of a booster dose of the Pfizer-BioNTech COVID-19 vaccine for people 16 years and older.

That ruling didn’t weigh in on a Johnson & Johnson booster shot, however.

The company says it has provided available data to the FDA and plans to submit the data to other regulators, the World Health Organization and National Immunization Technical Advisory Groups worldwide to inform decision-making on vaccine administration strategies.

At least 28 days after a patient received the second Johnson & Johnson shot, data showed at least 75% overall efficacy against severe or critical COVID-19 infections, across all age cohorts and all countries included in the study.

When a booster of the Johnson & Johnson COVID-19 vaccine was given six months after the single-shot dose, antibody levels increased nine-fold one week after the booster and continued to climb to 12-fold higher four weeks after the booster.