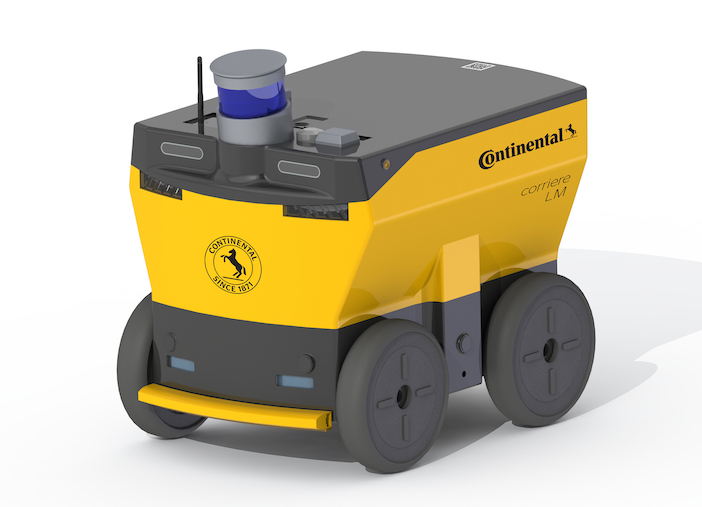 This week, Continental will be showcasing its pioneering robotics technologies that can support humans in crucial areas of application. Three so-called AMR (Autonomous Mobile Robot) vehicles can be experienced as prototypes at the company’s booth B5410 at the ITS World Congress in Hamburg.

The Continental Corriere is a small delivery robot for transporting groceries or packages in urban areas. The Continental Contadino, in turn, is an agricultural robot that can sow, plant and fertilize autonomously. The third robot was developed for use in intralogistics, i.e., for support in production plants or logistics centers.

“Continental’s presence at the ITS World Congress shows that intelligent mobility does not just mean transporting people from A to B,” explains Michael Hülsewies, senior vice president and head of architecture & software at Continental. “Innovative mobility also means meeting the challenges of higher logistics volumes, implementing sustainable ideas for the transport and distribution of goods, and offering smart solutions that support resource-efficient food production in agriculture. For all these areas, robotics applications are an ideal complement to existing structures.”

Corriere – a delivery and transport robot for urban areas

The robotic vehicle most visible in tomorrow’s everyday mobility is the Continental Corriere. The delivery robot, which weighs just under 40kg and is around 30cm high, is already in a trial run in Singapore. There, it transports food from a restaurant to Continental’s local site. This enables essential experience to be gathered for later use in series production. The vehicle is ideal for use in the so-called last mile: for transporting food, medicines or smaller packages to the end customer. A mobility solution like the Corriere can significantly ease the burden on inner-city traffic if people no longer have to get into their cars to buy a liter of milk, a lunch package or an order from the pharmacy.

The delivery robot moves completely autonomously and self-sufficiently through traffic. To do this, it is equipped with technologies that have already proven their worth in automobility. Lidar sensors and cameras, for example, which are already used in a similar form in systems for automated driving in passenger cars, plus self-learning software make the Corriere an intelligent participant in the cityscape. It recognizes pedestrians and their direction of travel, crosses traffic lights and adapts inconspicuously to the general flow of traffic. This makes the Corriere an ideal helper in the smart city life of tomorrow. At the ITS Congress, Continental will also be presenting a central fleet management system that can be used to intelligently operate a swarm of robot vehicles in large-scale operations. 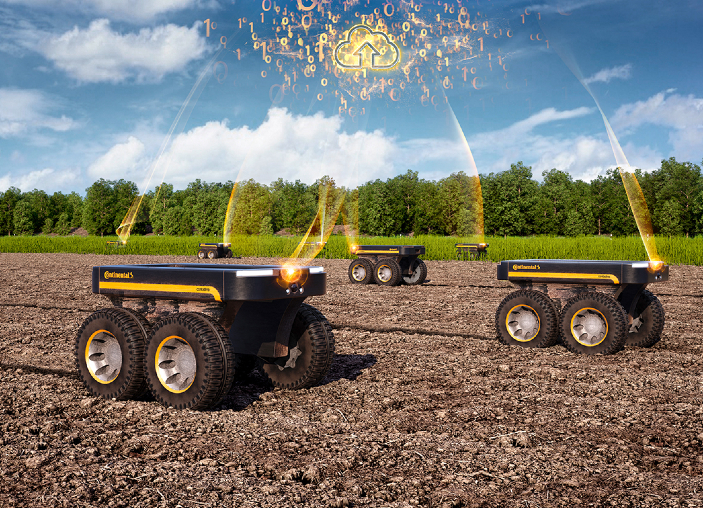 Continental is also developing a robot solutions for outdoor use in agriculture and logistics. Although the Contadino is somewhat larger than the Corriere urban delivery robot, with a maximum weight of 100kg it is still significantly lighter than conventional agricultural machines. The compact dimensions and, above all, the low weight – plus, for example, a seeding, planting or fertilizing module with a total weight of the Contadino of around 250kg – allow the soil to be worked gently.

Meanwhile Continental’s autonomous intralogistics robot AMR will automate the flow of materials in production plants, warehouses or logistics centers. The robust vehicle is also equipped with proven technologies: lidar sensors for 360-degree detection of the environment, 3D camera systems, intelligent software and an optional ultra-wideband transmitter for precise live tracking of the AMR in the fleet network make the robot vehicle a valuable employee. It independently executes transport orders, can avoid obstacles and calculate alternative routes. 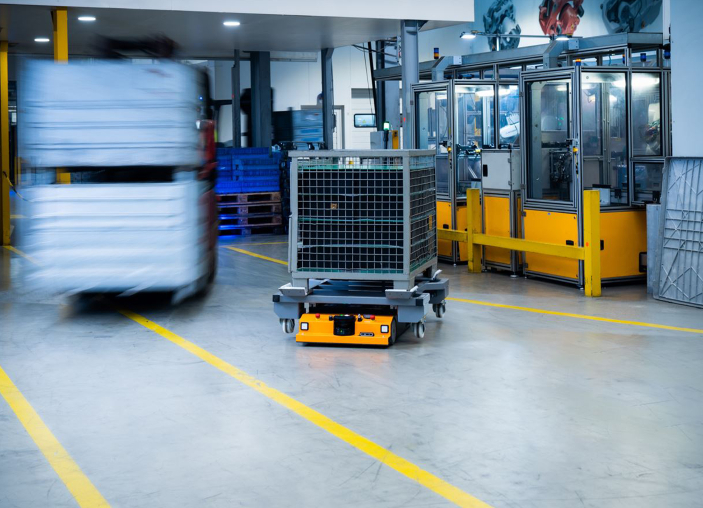 Continental’s AMRs are also aimed at the intralogistics sector