Inflation is red hot, soaring to 6.8% in November, the highest in nearly four decades 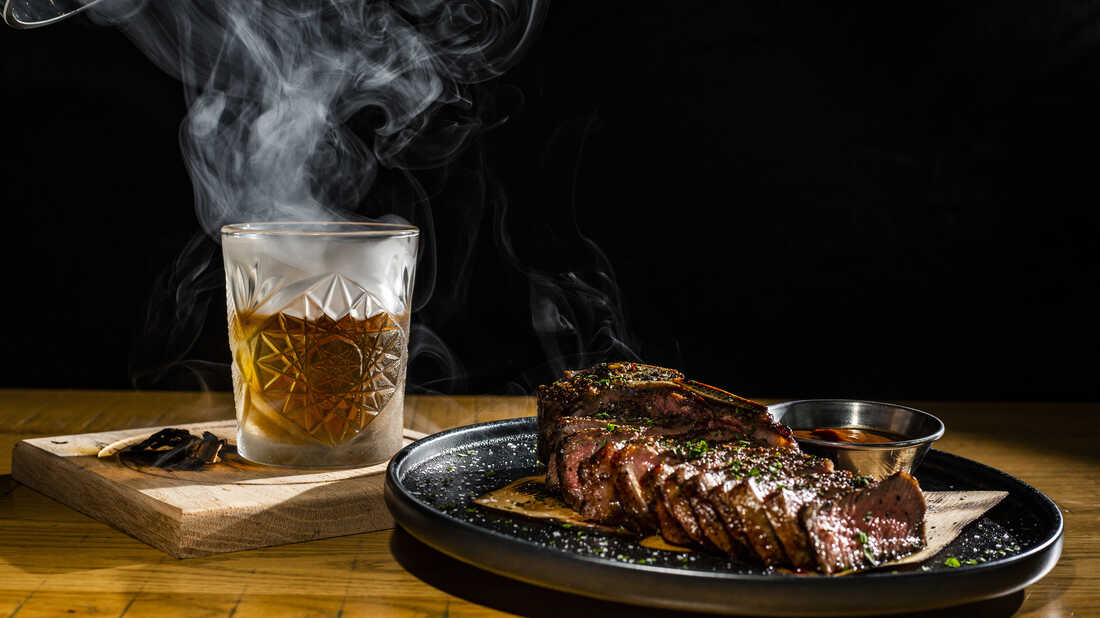 Cameron Mitchell operates 60 restaurants in more than a dozen states. Rising expenses have forced him to increase menu prices three times this year.

If you think your grocery bill has gone through the roof this year, you can appreciate what’s happened to Cameron Mitchell.

Mitchell’s shopping for about 60 restaurants he runs in cities across the country — from high-end steakhouses to Molly Woo’s Asian Bistro and El Segundo Mexican Kitchen.

Mitchell says his cost for ingredients has soared by about $9 million. As a result, he has been forced to raise menu prices three times this year.

“There’s not a restaurant out there today that can survive without taking the price increases,” Mitchell says. “I think people understand that. They see it in the grocery stores. They see it at the gas pumps.”

For many businesses these days, the question is not whether to raise prices, but how often and how high. Inflation in November was 6.8% — the highest since 1982, when Ronald Reagan was president. Food, fuel, rent and cars were among the major contributors to rising prices.

The jump in inflation reflects a mismatch between strong consumer demand and supply which is still hampered by transportation bottlenecks and a shortage of available workers.

Mitchell’s wholesale costs for beef and seafood have climbed particularly high. But even produce now carries an extra delivery charge, to help pay the truck drivers. Mitchell is paying his servers, cooks and dishwashers more as well.

“In my opinion, the $15 dollar minimum wage argument is out the door, because nobody is paying under $15 any more,” Mitchell says. “All of our hourly associates are seeing increased wages, which is a good thing, I think, for our industry.”

Knowing when and how to pass those costs on to customers is a mixture of science and art, Mitchell says. Diners buying the $66 filet mignon at his New York steakhouse might have more flexibility than someone eating a cheeseburger at his Dublin, Ohio, diner, which sells for $13.49.

Higher costing meat and drinks on the menu at Cameron Mitchell Restaurants, which runs 60 dining outlets across the country — from high-end steakhouses to Molly Woo’s Asian Bistro and El Segundo Mexican Kitchen.

Even discounters are raising prices

For Peter Elitzer, who runs a chain of discount clothing stores that stretches from the northeast to the Great Lakes and as far south as North Carolina, any price hike is a big deal.

“Our whole business model is based upon value — 95-98% of our merchandise sells for $30 and less,” Elitzer says. “It’s really middle America who’s going to feel the biggest pain on this.”

But like Mitchell, Elitzer has seen his own costs go up. Starting pay for employees at his Label Shopper stores has risen to an average of $15 an hour. And the cost of merchandise — most of which is shipped from Asia — has risen dramatically.

“You can absorb some costs,” Elitzer says. “But you can’t absorb 20% on average increase in cost and put it out [at] the same retail [price]. It just doesn’t work.”

Elitzer has had to sharpen his pencil, raising prices on some items and dropping others where the cost has climbed too high.

However, in a growing number of cases, businesses are finding consumers are willing to pay more.

Even the discount chain Dollar Tree decided last month that the time had come to pass the buck. After decades of selling most items for $1, the chain is raising its average price tag to $1.25.

A survey by the National Federation of Independent Businesses found 57% of firms are raising prices, while just 6% are cutting prices. That’s the most lopsided ratio since the early 1980s, when inflation was in the double digits.

To be sure, some of the biggest drivers of inflation are already retreating. Gasoline prices have dropped an average of 8 cents a gallon over the last month. And natural gas prices are way down, easing concern about sky-high heating bills this winter.

“Prices have decreased about 40% from the peak we saw this fall,” says Matthew Palmer, senior director for global gas at IHS Markit. “Mild weather is certainly playing into that. But on balance, I think the market is more adequately supplied than it was, say, two or three months ago.”

Other factors, however, such as rising rent, could keep inflation stubbornly high for months to come.

At the White House Friday, President Biden acknowledged the hardship that higher prices are causing.

“It does affect families,” Biden said. “When you walk in the grocery store and you’re paying more for whatever you’re purchasing, it matters.”

Elitzer started his clothing business back in 1970, and he remembers what persistently high inflation feels like. It steadily eats away at people’s buying power. But it can also be a motivator for bargain-hunting shoppers.

“There’s a strong tendency to feel, ‘I better buy it now because it’s going to be more expensive if I buy it later,’ ” Elitzer says. “It’s fundamentally unhealthy for the economy. It’s really unfair for the consumer. But as a retailer, it isn’t necessarily a big negative.”

The danger is that if people get used to rising prices and come to think they’re going to keep climbing, the more likely it is that they will.