Home Covid-19 Inflation is at a 30-year high. Here's how the Federal Reserve plans...
Covid-19

Inflation is at a 30-year high. Here’s how the Federal Reserve plans to deal with it 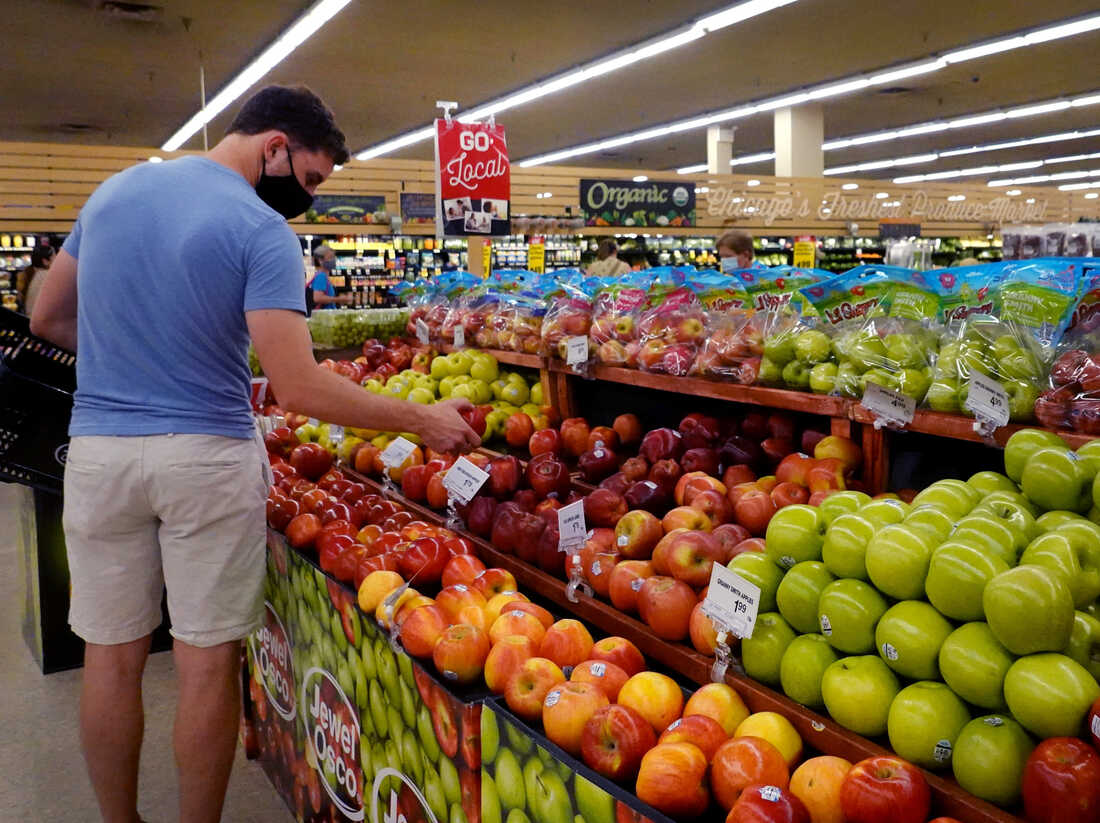 Federal Reserve Chairman Jerome Powell walks between meetings with senators on Capitol Hill on Oct. 6 in Washington, D.C. The Fed kept its interest rates near zero at the end of its policy meeting on Wednesday and announced a plan to start removing some of the support it’s providing to the economy.

The Federal Reserve is caught in a delicate balancing act as it tries to steer the country out of an unprecedented pandemic.

On one side, the Fed feels the economy still needs help given that the U.S. has yet to recover nearly 5 million jobs that were lost during the pandemic.

But the Fed is also facing another opposing problem: Inflation has climbed to its highest level in three decades as Americans have gone on a spending spree that has sparked widespread shortages.

For now the Fed is straddling a middle line as it navigates the uneven economic recovery.

At their meeting on Wednesday, Fed policymakers left interest rates near zero as part of a long-term strategy to get the country back to full employment.

But the central bank also announced a plan to start winding down another effort it undertook to help the economy through the pandemic: its purchases of at least $120 billion worth of bonds each month.

That policy was designed to help keep borrowing costs across the economy low, since bond markets help determine the rates consumers pay for auto loans and home mortgages. The Fed is expected to phase out the bond purchases by the middle of next year, although that pace could change if economic conditions warrant.

The tapering of bond purchases was telegraphed well in advance and investors took the news in stride. All of the major stock indexes climbed to new record highs on Wednesday, with the S&P 500 index rising 0.65%.

Customers shop for produce at a supermarket on June 10 in Chicago. Inflation has surged to a 30-year high as consumers have gone on a shopping spree, leading to a widespread shortage of goods.

Will the Fed’s plan work?

Whether the Fed can successfully straddle that middle line is uncertain given that inflation has proved to be more stubborn than many forecasters expected.

Consumer prices, as measured by the Fed’s preferred yardstick, were 4.4% higher in September than they were a year ago. That’s the highest annual inflation since 1991 and more than double the Fed’s long-term target of 2%.

“Particularly people who are living paycheck-to-paycheck are seeing higher grocery costs, higher gasoline costs, when the winter comes higher heating costs for their homes,” Powell told reporters. “We understand completely what they’re going through and we will use our tools over time to make sure that that doesn’t become a permanent feature of life.”

“We want to see the labor market heal further,” he said.

Powell and others have argued that upward pressure on prices is largely the result of temporary factors tied to the pandemic, which should ease on their own over time.

Powell acknowledged, however, that supply-chain bottlenecks and the resulting high inflation are likely to persist well into next year. Fed policymakers also added a note of caution in their official statement Wednesday. Whereas inflationary forces were simply described as “transitory” in the past, they are now “expected to be transitory.”

The problem is that while prices for some commodities have fallen in recent months, many supply chain bottlenecks have persisted, and in some cases gotten worse.

A survey of U.S. factory managers last month found many struggling to find parts and raw material — and enough workers — to keep pace with booming demand. Faced with higher costs on all fronts, one furniture factory said it was considering its third price increase this year.

Workers’ pay is also rising, though not as fast as prices. On average, wages and salaries in September were 4.2% higher than a year ago.

Powell said he and his colleagues are on the lookout for the kind of wage-price spiral that led to runaway inflation in the 1970s, but he doesn’t see evidence of that so far. If it were to materialize, Powell has said, the central bank is prepared to raise interest rates.

A “Now Hiring” sign is displayed at a fast food chain on June 23 in Los Angeles. Businesses are eager to hire, but they are struggling to find workers because of a number of factors, including difficulties in finding child care or fears about getting infected with COVID-19.

Some economists — including Lawrence Summers, who served in the Obama and Clinton administrations — warn that the Fed is underestimating the danger of inflation. They worry that failure to restrain prices now could force a more painful crackdown later.

Powell, however, is sticking to his cautious timetable.

The country was enjoying a low unemployment rate and a healthy job market, but the path back has been rocky. Many employers are eager to hire, but after adding about a million jobs in both June and July, job gains slowed sharply in August and September.

“We were on a path to a very different place,” Powell said. “Delta put us on a different path.”

There were 3 million fewer people working or looking for work in September than there were before the pandemic. Some people retired. Others were busy caring for children or worried about catching COVID-19.

Former Treasury Secretary and now Harvard Professor Larry Summers, pictured in 2016, has been a strong critic of the Fed’s inflation policy.

Getting back the missing workers

Now that schools have reopened and the health outlook is improving, the Fed is counting on many of those people to rejoin the workforce, relaxing pressure on both wages and prices.

That’s not a sure thing, though. And the longer it takes for the workforce to rebound, the more inflationary heat the Fed may be feeling.

“I think the biggest question out there right now is where are all these missing workers?” asked Nela Richardson, chief economist at the payroll processing company ADP. “How long will they stay missing? And what will entice them to come back into the labor market?”

For now, the Fed is willing to tolerate a period of higher inflation in an effort to promote full employment.

But if the central bank concludes that the pandemic has permanently lowered the bar of what full employment looks like, the Fed’s balancing act could shift toward a faster increase in interest rates and a tougher crackdown on inflation.

Powell acknowledged the challenge of steering the economy through uncertainty conditions.

“What it really boils down to is something that is common sense and that is risk management,” he said. “We have to be humble about what we know about this economy, which is still very COVID-affected.”