In The Fight Against COVID, Health Workers Aren’t Immune To Vaccine Misinformation 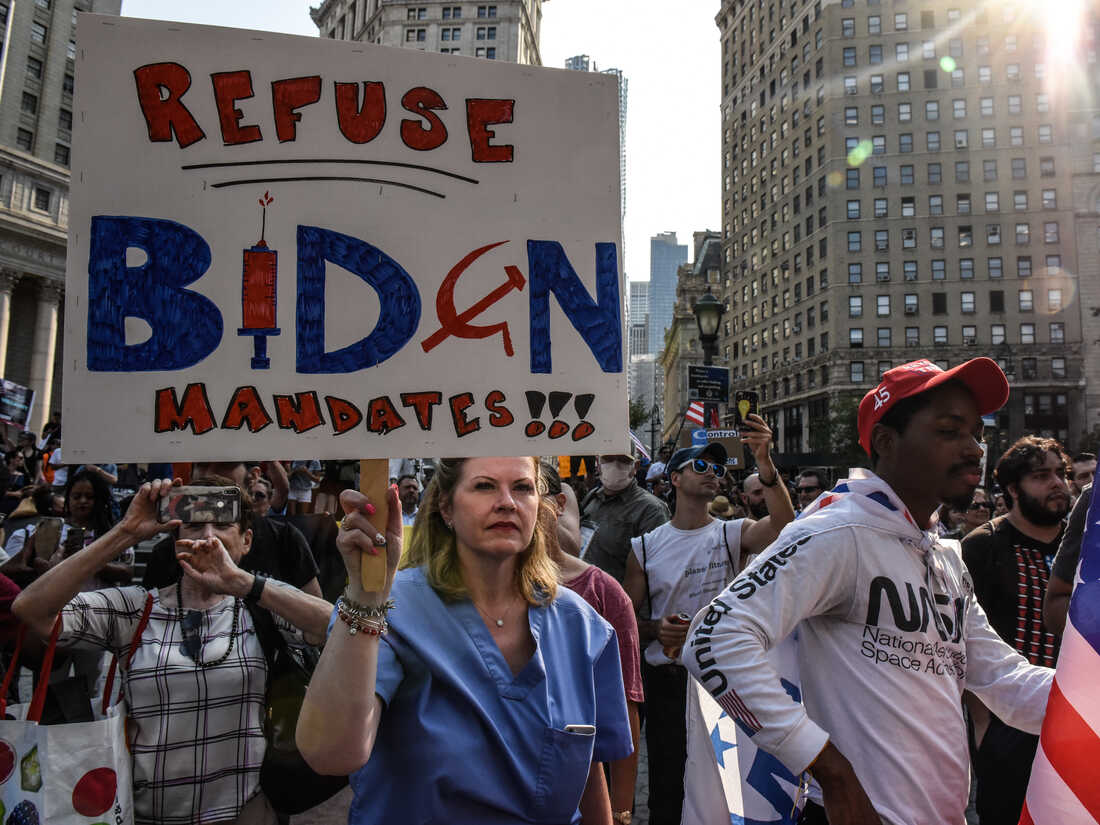 As new data shows 1 in 500 Americans has died from COVID-19 and the delta variant continues to surge across the country, the next challenge many health care leaders face is within their own staffs: the 27% of of U.S. health care workers who have not been vaccinated against the disease as of July, according to a study by The COVID States Project.

On top of that, other research shows that since the vaccine first became available to health care workers in December 2020, the rate of vaccination among nurses and nursing home aides has been lower than physicians. This may be of particular concern, since nurses and aides have such frequent and close contact with patients.

Data shows health care workers have gotten the COVID-19 vaccine at a higher rate than the general population: 73% versus 64% of non-health care workers. And many may assume that people who work in health care industry are more enthusiastic about the vaccine, and less apprehensive.

But that has its limits, says David Lazer of Northeastern University, the lead researcher on The COVID States Project report. The attitudes of health care workers toward the COVID-19 vaccine essentially mirror the rest of the country — with those living in rural areas, who are Republican, with less education and income more likely to be vaccine resistant.

“The big takeaway for us is really that health care workers are like everyone else,” Lazer tells NPR.

“The same things that predict vaccine resistance or reluctance among the general population is also predicted among health care workers,” he says.

Melody Butler, a nurse at Long Island Community Hospital in New York and the executive director of the non-profit Nurses Who Vaccinate, says she has heard from nurses around the country about why they don’t want the vaccine.

Among the reasons: The research was done too quickly; it wasn’t fully FDA-approved; they already have antibodies from working the front lines of the pandemic or perhaps getting the virus already. Many are concerned about how the vaccine affects fertility.

To be clear, all of these concerns have been addressed by scientific experts and the overwhelming evidence is that the COVID-19 vaccines are safe and effective.

Demonstrators hold signs during a protest against COVID-19 mandates in New York on Sept. 13. Attitudes among health care workers about getting the COVID-19 vaccine have largely mirrored data from the general population, researchers have found.

But Butler points out that widespread misinformation plays a role here, too. And nurses are not taught the ins and outs of vaccine research. The vaccination gap between physicians and nurses, she says, comes down to an education gap.

“When you have these new diseases popping up, it’s really on nurses to educate themselves on what the research is,” Butler says. “You had nurses who were floundering, looking for information. So now we see this educational gap.”

Butler says her concern for getting nurses around the country vaccinated is that she wants them to be safe and protected. The best way for health care leaders to get their colleagues inoculated against COVID-19, she says, is to operate from a place of compassion.

They need workplaces that “speak to individuals in a compassionate and kind manner,” she says. “Knowing that the person talking to you wants you to get vaccinated not because it’s the law, but because they care.”

While a majority of nurses are vaccinated, and more than half support vaccine mandates in the workplace, some are pushing back against requirements to get vaccinated or face mandatory testing and say they would rather leave their jobs. And hospitals are already feeling the effects.

One New York hospital announced that it would no longer be able deliver babies because dozens of staff members quit rather than get vaccinated. In Houston, 153 hospital workers resigned or were terminated over a recent vaccine mandate. It’s a crisis on top of the widespread shortage of nurses that’s been a problem since even before the pandemic.

Some hospital leaders — like Alan Levine, CEO of Ballad Health based in Johnson City, Tenn. — say they can’t afford to implement a vaccine mandate for their staff — of which about 63% are already vaccinated. Enough nurses would leave, Levine says, that the hospitals wouldn’t be able to take care of patients.

Levine says right now, all of the ICU beds in the hospital system are full — at least half filled with COVID-19 patients.

McNairy Regional Hospital in Selmer, Tenn. is just one of the rural hospitals that has shut down in the state in recent years.

The nursing shortages in the U.S. have long affected rural hospitals the hardest. In Tennessee, 14 rural hospitals have closed since 2012, leaving behind thousands in communities that already struggle to find care.

Levine says he’s not yet sure how President Biden’s national vaccine mandate for health care workers will impact his hospitals, but he has concerns about how it will affect rural health care providers.

“I understand why the president felt the need to announce these mandates nationally, but each region of the country is different,” Levine says. “In rural areas, it’s very difficult.”

“I have to keep as many nurses as I can who are capable of taking care of our community,” he says.