Impact of Storm Corrie ‘likely to be significant’ 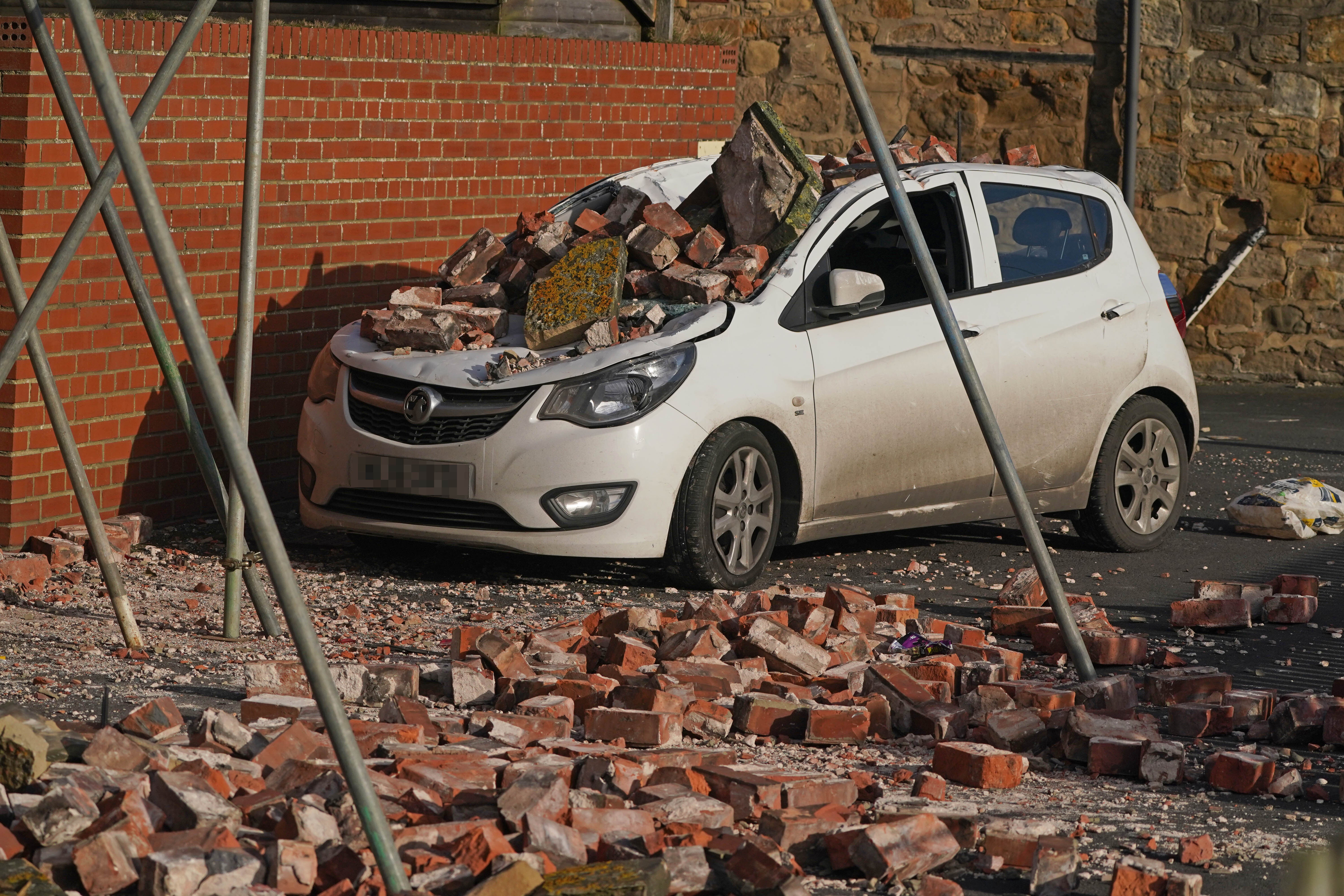 he impact of Storm Corrie is “likely to be significant,” Scotland’s First Minister Nicola Sturgeon has said.

Her warning came as parts of the UK braced for the storm, while its strengthening winds brought gusts that topped 90mph to parts of Scotland and the north of England on Sunday.

Thousands of households were still without power across the north of England and Scotland on Sunday after the devastating strong winds of Storm Malik a day earlier.

A nine-year-old boy in Staffordshire and a 60-year-old woman in Aberdeen died after trees were torn down in dangerous gusts on Saturday.

The strongest gust during Storm Malik was 93mph in Brizlee Wood, Northumberland on Saturday at 11am but throughout the day there were gusts that topped 80mph over wide areas of Scotland and 70mph in the north of England.

Met Office meteorologist Alex Burkill said: “That is exceptionally strong for any time of the year and there is no wonder there were significant impacts such as power outages and damage to buildings. It is very unfortunate that things were worse than that for some people.”

Ms Sturgeon, who had just chaired a resilience meeting on weather, tweeted on Sunday: “There are amber/yellow @metoffice warnings in place for all of Scotland as Storm Corrie sets in – please heed the warnings and take care. Impacts from the storm are likely to be significant tonight & into tomorrow.

“Work to repair the damage from Storm Malik continues. Tens of thousands have had power reconnected already – however, many will remain off supply again tonight and some, especially in north east, could be off into Tuesday. Welfare arrangements are in place.

Winds of 92mph were recorded in the exposed region of Stornoway as Storm Corrie began to hit the UK on Sunday night, bringing strong gusts inland.

It is set to move eastwards across Scotland on Sunday and push across the North Sea in the early hours of Monday.

Strong winds are expected through to the early hours of Monday and they may reach the tip of Norfolk where large waves could form and damage could hit the coast.

Amber and yellow weather warnings for wind across northern parts of Scotland from Sunday into Monday morning are in force.

They state that “flying debris is likely and could lead to injuries or danger to life”, while there may be some damage to trees and buildings, which could include tiles that have blown from roofs.

Mr Burkill said: “It is not just the case of strong winds causing problems – there is also the ice risk across parts of Scotland through to the early part of Monday morning.

Ice warnings were also issued by the Met Office covering Grampian, Highlands and Eilean Siar, Strathclyde and Fife on Monday as falling temperatures after Storm Corrie may see some snowfall and turn untreated surfaces icy.

Northern Powergrid said that around 80,000 customers, almost all in Northumberland and County Durham, had been affected by power cuts.

Northern Powergrid director Paul Glendinning said: “Given what we now know, we expect that around 4,000 customers will still be off supply as we go into tomorrow (Monday). We have confirmed that there is around 200 damage points on the low voltage network that will reconnect only a small number of customers for each repair.”

Some 7,500 households are expected to be without power by the end of Sunday, the Scottish Government said in an update at 7pm on Sunday.

Those who are without power by the end of the day could be waiting until Tuesday before their service will be restored.

Deputy First Minister John Swinney said: “The power companies have drafted in a large number of additional engineers and are making significant inroads into reconnecting customers.

“However, we need to be aware that the arrival of Storm Corrie could hamper these efforts and add further problems.

“For those who will unfortunately not have power tonight, support with alternative accommodation is available to anyone who needs it.”

Richard Gough, of Scottish and Southern Electricity Networks (SSEN), said that due to the extent of damage caused by Storm Malik, “coupled with the expected impact of Storm Corrie, we expect the full restoration of customer supplies from both storms to extend into the early part of next week”.

He added: “We are therefore reminding all customers who remain off supply that they may want to consider making alternative arrangements, where possible.”

Rural Aberdeenshire is among the hardest-hit areas and some customers in Angus, the Highlands, the Moray coast and Perthshire were still waiting for supplies to be restored.

Durham County Council, which offered free hot food and drinks to households who were without power, had teams out clearing blocked roads, footpaths and debris.

A car which had been crushed by fallen bricks after Storm Malik was spotted in Seaton Sluice, Northumberland.

ScotRail withdrew all of its services on Sunday night due to “very strong winds” in an effort to “protect passengers and railway staff, domestic ScotRail services”.

Network Rail Scotland, which said that “all parts of the railway are working together”, added that any other trains which are running on Sunday night will be limited to a maximum speed of 40mph and operators are looking at how this will hit journeys.