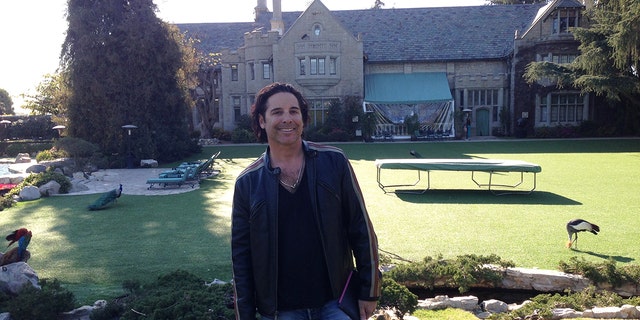 Jonathan Baker is saddened by the allegations made against his pal Hugh Hefner.

The Playboy founder and his magazine empire are being explored in a 10-part A&E docuseries, “Secrets of Playboy.” The special features new interviews with numerous members of Hefner’s staff and inner circle, as well as ex-girlfriends and Playmates. Hefner died in 2017 at age 91.

Jonathan Baker (left) said he was friends with Hugh Hefner for years before the Playboy founder’s death in 2017.
(Courtesy of Jonathan Baker)

Baker, who detailed his friendship with Hefner in the docuseries, told Fox News Digital he was stunned to hear the allegations.

“There were very few people I knew who said, ‘I’m never coming back,’” the filmmaker explained. “It was the opposite. People would show up and then go, ‘When can I come back?’ It was a utopian world where people came on their own. Some days it was movie night, other days it was game night. And I always felt the women came first at the mansion. While I agreed to share my experience, I also thought the documentary was going to take a fair stance and show both sides. But so far, I’ve only been hearing one.

“I can’t speak on the older times when perhaps some things were more acceptable back then,” Baker added. “But when I was there, I felt I was in a very good, fun environment. It was Hugh Hefner’s playground. And everybody wanted to be a part of it. Nobody was there against their will, and I never saw anyone being manipulated. I never saw anyone imprisoned. And as much fun as it was, it was Hefner’s kingdom … If you were invited to the Playboy Mansion, you were invited to play, work or socialize. If you came up to the Playboy Mansion and you didn’t think it was going to be a sexually charged environment, then you’re just delusional.”

Baker isn’t alone in taking issue with “Secrets of Playboy.” Ahead of the show’s premiere, Hefner’s son Cooper spoke out on Twitter.

“Some may not approve of the life my Dad chose, but my father was not a liar,” the 30-year-old tweeted. “However unconventional, he was sincere in his approach and lived honestly. He was generous in nature and cared deeply for people. These salacious stories are a case study of regret becoming revenge.”

Hundreds of former Bunnies, Playmates, ex-girlfriends and employees also defended Hefner against the “unfounded allegations” made in the series in an open letter. Some women who once dated Hefner also released personal statements.

“The stories shared in ‘Secrets of Playboy’ are the personal experiences of the documentary’s participants and deserve to be told despite how difficult they may be for some to hear,”  an A&E spokesperson told Fox News Digital in a statement.

“Signatures on a letter or a different experience with Mr. Hefner or the Playboy culture do not negate the experiences of those who have come forward to share their truth on the series, and we look forward to continuing to bring these stories to light.”

Baker, who claimed he knew Madison at one point, said he was stunned by her allegations. A rep for the 42-year-old didn’t immediately respond to Fox News Digital’s request for comment.

“Holly was a really good girlfriend,” Baker explained. “She was great for the Playboy brand. She was great as Hef’s partner. What I witnessed was great things from Holly. Did those things that she said happen? Well, there was one clip where she said Hef was angry when she cut her hair. He was definitely mad, very mad. He was like ‘What did you do?’ He said some things out of frustration. But two hours later, he forgot about it.”

Holly Madison was Hugh Hefner’s No.1 girlfriend at one point.
(Courtesy of Jonathan Baker)

“The man I saw wanted people to get together and have a good time,” Baker said. “People thanked him profusely for it. He represented a brand. And he’s not here to defend himself, which isn’t fair.”

Baker stressed he doesn’t take issue with people sharing their personal experiences with Playboy whether positive or negative. However, he would have wanted to see both sides equally represented throughout the series.

Director Alexandra Dean previously told Fox News Digital she understood why some people might be upset that the allegations against Hefner came to light after his death.

“I would ask them to take a moment and think about the women who are coming forward and how hard it is for them to speak out,” Dean said.

“Some of them tried in the ‘70s, ‘80s and ‘90s,” Dean added. “They got shut down in really scary ways. Some of them say they got threatened by [Hefner] or by Playboy. Others say that they just knew nobody would believe them back in the day. It took the #MeToo movement and everything that’s happened since then for them to feel like there was a public that would believe them.

“So I think you have to have some empathy and understand that it wasn’t really possible for many of these women to tell their stories until today. I think the culture has to meet you halfway for you to be able to speak up.”

‘SECRETS OF PLAYBOY’ DIRECTOR EXPLAINS WHY SHE FILMED DOCUMENTARY NOW: ‘THESE WOMEN NEED TO BE HEARD’

Baker said he has no regrets about being part of the Playboy “environment” or befriending its founder.

“The people I knew were willing to walk through that door again and again,” he said. “I will say Hefner did not coerce anybody nor did he need anybody to coerce for him. There was a sexual energy there, but you did not have to be there if you didn’t want to be.”

Hugh Hefner, a movie buff, had long hoped to be the subject of a biopic and was helping to develop a screenplay for such a film in 2011.
(Courtesy of Jonathan Baker)

Baker said he chooses to remember the man he knew.

“Hefner was as interesting as the brand,” Baker said. “He had the largest collection of scrapbooks. He was fascinated by history. And he was passionate about movies. We would always talk about all the great films of Hollywood and how they were made. He created a world for himself, a sexual environment where people could feel free. And he’s now being crucified for it.”

In response to criticisms about the docuseries, a spokesperson for Playboy issued a statement to Fox News Digital.

“Today’s Playboy is not Hugh Hefner’s Playboy,” the statement began. “We trust and validate these women and their stories, and we strongly support those individuals who have come forward to share their experiences. As a brand with sex positivity at its core, we believe safety, security and accountability are paramount.

“The most important thing we can do right now is actively listen and learn from their experiences. We will never be afraid to confront the parts of our legacy as a company that do not reflect our values today.

“As an organization with a more than 80% female workforce, we are committed to our ongoing evolution as a company and to driving positive change for our communities.”