Home Covid-19 How does a country with no COVID reopen its borders? These places...
Covid-19

How does a country with no COVID reopen its borders? These places are finding out 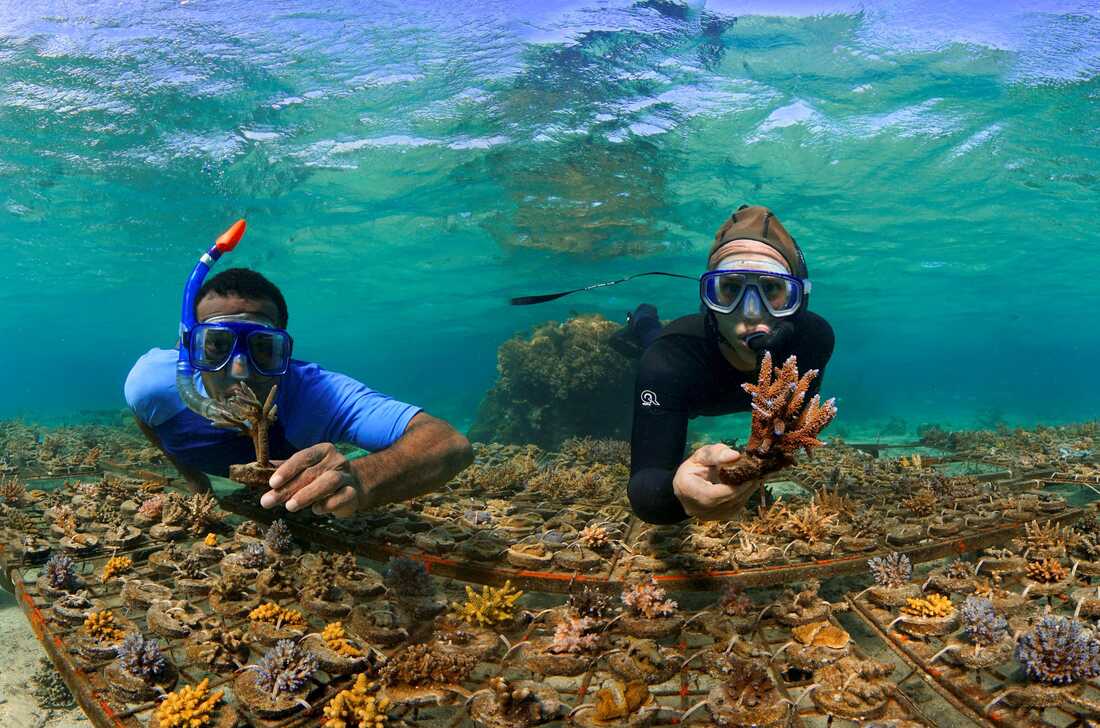 A resort at Natadola Bay in Fiji is among many to have felt the effect of COVID on tourism.

The main island of Tonga has gone into a week-long lockdown after the South Pacific nation reported its very first COVID-19 case of the pandemic late last week.

The COVID-positive traveler, who is fully vaccinated and was showing no symptoms, arrived in Tonga last Wednesday on a flight from Christchurch, New Zealand. All 214 others aboard the flight have tested negative and the infected traveler, a young missionary, is currently quarantined in a facility.

“So far, we’re very happy that nothing else has happened besides that one case,” Dr. Viliami Puloka told NPR from his home in Nuku’alofa, the capital of Tonga. The retired general practitioner and public health specialist said it was just a matter of time before the virus reached them.

“I think in general, people do understand what is happening and it’s been expected that at some point, as long as this virus is anywhere, this virus everywhere,” he said.

Under the lockdown, which began at midnight Tuesday, schools, bars and restaurants will be closed for a week and a curfew imposed on the island of Tongatapu, where a majority of Tonga’s population lives. People will only be able to leave their homes for essential business, such as getting groceries, medicine or banking.

Puloka said while the chance of the virus getting out into the wider community was very slim, the community seemed keen to keep it from spreading. The confirmed case has spurred a rush to get vaccinated, according to local media.

“I think it was just kind of disappointing because they were looking forward to opening up the border and accepting people from outside, but this is what has happened,” Puloka said.

The risk of shutting out the world

Small Pacific island nations and territories have been spared the worst of the pandemic because of their ability to isolate themselves from the rest of the world.

Puloka said if an outbreak of COVID-19 were to happen in Tonga, a cluster of islands about 500 miles southeast of Fiji, its limited resources and natural isolation would foster “a very huge disaster that I don’t think we can really handle.”

Yet shutting borders long-term for countries that depend economically on commodity exports and tourism has led to a glaring irony of the pandemic: Those who have managed to keep the pandemic out may be some of the last to recover from it.

A policy brief from the Australia-based Lowy Institute released last year warned that countries and territories across the Pacific faced a potential “lost decade” and a permanent economic setback due to the economic and social damage wrought by the pandemic.

A year later, the outlook for the region remains largely the same, says Roland Raja, lead economist at the Lowy Institute.

“Economically speaking, the recovery has been very slow in the Pacific, while the rest of the world is bouncing back,” he told NPR.

The slow bounce-back of tourism in some Pacific countries and territories is to blame. While others, such as Papua New Guinea — the largest economy in the region and a country dependent on commodity exports — are simply more overwhelmed with COVID-19 than they were last year, Raja said.

And while the region as a whole has a good vaccination rate, Raja says the light at the end of the tunnel “is not actually even clear.”

“I think at the moment, that’s what it looks like the Pacific is very much likely to be amongst the slowest, if not the slowest region, to recover from from this crisis,” he said.

When will reopening to the world be worth it?

Some countries across the vast Pacific, which includes 2.3 million people spread across roughly 15% of the globe, have attempted to balance their economic needs with the health of their people.

French Polynesia is one of them. Tourism is the French overseas territory’s main economic driver and officials have estimated a nearly $1.2 billion loss because the pandemic brought international tourism to a standstill.

Tourists go snorkeling in Fiji. Tourism has taken a major hit in the Pacific.

After initially shutting its borders in March of 2020, French Polynesia, which includes renowned tourist islands Tahiti and Bora Bora, has since opened and closed its borders a handful of times. The territory has also made exceptions for French citizens and locals, such as politicians, to travel in and out, says Guillaume Colombani, a long-time tourism worker in Tahiti.

Still, he says that since the start of the pandemic the tourism sector “has suffered a lot.”

Paris controls the borders. Each time they’re opened, people there get “very scared,” Colombani says. French Polynesia has racked up over 45,000 COVID-19 cases and some 636 deaths.

This attempted balancing act has left many, like Colombani, unsure “that all the decisions that were made or taken were very good for us.”