History of RPE in the Workplace 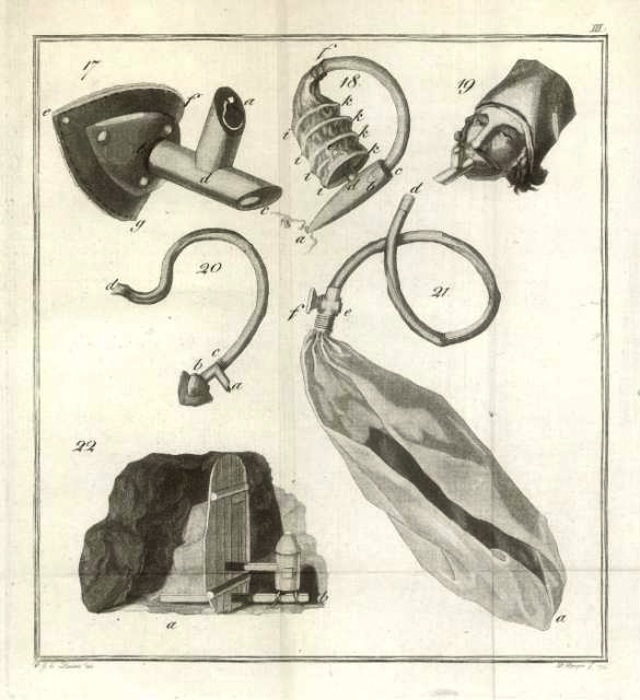 The use of Respiratory Protective Equipment (RPE) can be
traced back over 2000 years, with a variety of primitive methods used before
technology took over.

The first documented use is by the Romans whose mine workers
are said to have used animal bladder skins to offer some protection against
lead oxide dust.

It was thought that the bladder was porous enough that the
wearer could breathe, but it would filter out dangerous particles from entering
the lungs.

Some 1600 years later, RPE had not improved much, even with
the mind of Leonardo Da Vinci (1452 – 1519) on the case. He is widely quoted as
stating that a finely woven cloth dipped in water could protect the wearer from
a toxic powder he had designed.

However even these primitive forms of RPE were not widely adopted,
with those working in hazardous industries often doing so completely
unprotected.

In 1649
a Dutch physician examined the lungs of a stone cutter and stated that he
found a “great quantity of stone dust… I seem’d to cut through a heap of sand.”

The next documented RPE was that invented by Jean-François Pilâtre de Rozier around 1780. He devised a system for those working in a “deep well or cesspit to breathe fresh air, which was supplied by a flexible hose from the surface”, although this too was not widely adopted.

Soon after, German explorer and mining official Alexander
von Humboldt invented the first ever “respirator”, which was designed to
protect Prussian mining workers.

However it was still a primitive device, as were most respirators
for the next century or so. They usually consisted of a bag over the head which
was fastened around the throat and fed by a reservoir of clean air. Some
primitive respirators were able to absorb some carbon dioxide in exhaled air, allowing
for multiple breaths, while others had valves allowing for the exhalation of
used air.

On June 12, 1848, things got serious when Lewis Haslett
became the first person to ever receive a patent for his Haslett Lung Protector.
It used a moistened wool filter or similar porous material and one-way clapper
valve to filter dust.

Respiratory protection still had a long way to go to get to
the high standards we see today, however a steady improvement had commenced,
with the use of cotton fibers, charcoal, lime and improved fit.

This technology soon flowed into the industrial workplace, however work-related respiratory disease remained high – especially in mining and tunnel building. In response, the predecessor to the American National Standards Institute’s (ANSI), published in 1938, a respiratory protection standard (ASA Z2)) to inform safety managers.

Booms in technology over the last 70 years has seen significant improvements to these original respirator designs, including those that allow fit testing with the press of a button such as ProChoice Safety Gear’s PressToCheck filters.

Safety awareness and workplace systems have also improved. However Australian mining and tunnel workers are still suffering respiratory diseases such as silicosis or black lung as a result of working in dusty conditions without appropriate respiratory protective equipment or other controls.

While huge technological improvements have been made in PPE,
widespread adoption remains a challenge and organisations must ensure they are
driving a safe culture and putting safety first.