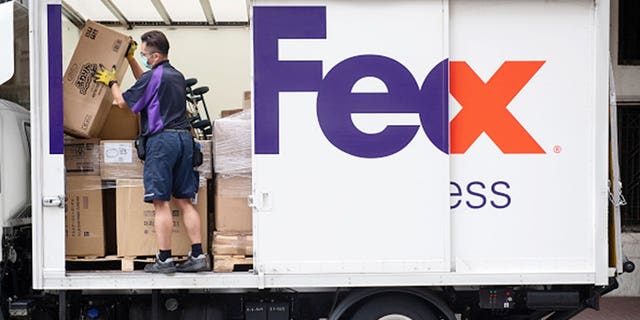 Good morning and welcome to Fox News First. Here’s what you need to know as you start your day …

“RP (reporting party) states seeing a male hit a female, domestic,” the dispatcher states at around 4:38 p.m. MT on the day of the incident. “He got into a white Ford Transit van, has a black ladder on the back, Florida plate.”

The dispatch audio, first obtained by the investigative unit at FOX 13 Utah, shows the dispatcher did in fact inform the officers of allegations that Laundrie had been the aggressor – shedding new light on a situation that initially seemed like police didn’t know about the witness’ claims.

After an officer asks for the witness’ phone number and victim location, the dispatcher again indicates that Laundrie had struck Petito.

“Phone number is [redacted], name’s [redacted],” the dispatcher responds at 4:42 p.m. “I’m not sure [inaudible], but the female who got hit, they both, the male and the female, both got into the van and headed north.”

Under Utah law, officers are required to make an arrest or issue a citation when they have “probable cause to believe that an act of domestic violence has been committed.” Moab city officials announced an external investigation into their police department’s handling of the call earlier this week.

GABBY PETITO: SEARCH FOR BRIAN LAUNDRIE WILL BE ‘SCALED BACK AND TARGETED’: LIVE UPDATES

FedEx employee out after posting TikTok rant vowing not to deliver to homes supportive of Biden, BLM, or Harris
A former FedEx employee is out of a job after posting a profanity-laced rant on TikTok in which he vowed never to deliver packages to the homes of people who support, President Joe Biden, Vice President Kamala Harris, or Black Lives Matter.

The employee, identified as Vincent Paterno, posted the video on TikTok on Sept. 16. In the video, he appears to be seated in a delivery truck.

Comments on the video predicted his imminent firing.

It remains unclear whether Paterno was fired or quit his job. Multiple reports said Paterno was fired. Paterno himself said in TikTok comments that he quit. FedEx only said that Paterno is no longer with the company.

“We are appalled by the behavior depicted in this video, which does not reflect the views of FedEx,” a representative said in a statement. “This individual is no longer providing service on behalf of the company.” CLICK HERE FOR MORE.

Petco Park deaths ‘appeared to be suspicious,’ police say
A horrific incident at Petco Park over the weekend was being described by police as “suspicious” as the San Diego Padres played their final game at the stadium on Sunday.

A woman and a child fell to their deaths on Saturday moments before the Padres were about to play the Atlanta Braves. San Diego police said an investigation was ongoing into their deaths but noted that it “appeared to be suspicious,” according to the San Diego Union-Tribune.

A 40-year-old woman and 2-year-old boy fell from the third level of the ballpark and were pronounced dead shortly after 4 p.m. local time, police said. Their identities were not immediately released. Police said the father was at the ballpark when the fall occurred.

“Our hearts obviously go out to the family, but also to the people who here could potentially be traumatized who saw this,” Lt. Andra Brown said Saturday, via the newspaper. “It’s a horrible, horrible thing. That’s why we’re giving it a very serious look.”

Brown said police are still speaking with the father of the child. She said he was not married to the woman who died, according to CBS 8.

Police kept the area shut down Sunday as they continue to investigate, according to FOX 5 San Diego. Police were hoping for any witnesses to the incident to come forward. The Padres said they were not commenting further other than offering their thoughts and prayers, citing an ongoing investigation. CLICK HERE FOR MORE.

TODAY’S MUST-READS:
– Liz Cheney: I was wrong to oppose gay marriage in the past
– Watch anti-vaccine mandate protesters storm food court in Dem-run city
– Scott rips liberal elites for not working with the GOP on police reform
– Co-host reveals surprising curve about COVID tests that pulled them off air
– 18 months of rough headlines for CNN’s star anchor

“So far we can connect five dead bodies to the Murdaugh family,” Grace said. “Are those coincidental connections, or is there something more to it?”

“Their [family] name is not only revered but feared, depending on who you talk to,” the host added. “None of that matters to me at all.”

Not signed up yet for Fox News First? Click here to find out what you’re missing.

Fox News First was compiled by Fox News’ David Aaro. Thank you for making us your first choice in the morning! We’ll see you in your inbox first thing Tuesday.