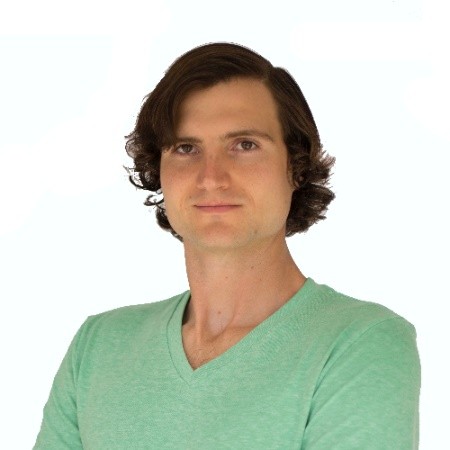 Creating a ‘green wave’ at signalized intersections for transit is a key use case for connected vehicle systems, with multiple knock-on benefits for all road users. But, as Timothy Menard, CEO and founder of LYT, explains, relying on old technology for such solutions has many pitfalls and is increasingly undesirable as hardware-free, cloud-based alternatives are now available, which harness the power of open data for smarter, more affordable ITS

While America’s transportation infrastructure continues to be one of the country’s greatest historical accomplishments, as well as the lifeblood of the American economy, the system itself continues to have serious challenges due to traffic congestion. These problems have been exacerbated in recent months by the Covid pandemic, which has engendered a move away from public transit, a rise in online shopping deliveries and increasing popularity of new modes of transportation, which are changing traffic patterns.

Intelligent transportation systems (ITS) and connected vehicles are at the forefront of tackling the problem of congestion. One important part of this is transit signal priority (TSP) systems, which can restore route reliability and performance, and encourage passengers back onto these routes.

Basic TSP systems use a transmitter on buses that sends messages to receivers installed on traffic signals. The hardware cost to both signals and buses is quite high and requires annual maintenance to guarantee operation. Furthermore, it’s hard to determine whether the system is working because the equipment generally doesn’t produce event logs.

However, when TSP systems are upgraded to state-of-the-art technologies, they are proving to be extremely effective. According to a recent survey, the majority of city officials from communities leveraging transit prioritization technologies said they’re seeing growing improvements in on-time performance of their transit network.

In today’s age of highly reliable large-scale communication access, there exists the opportunity to eliminate the hardware cost of transit signal priority solutions while maximizing the investment on current solutions.

Many of today’s signal controller firmware vendors have software functionality to facilitate the function of placing virtual priority calls. The information needed to place these virtual calls can be found at the transit agency. To better manage their fleet, agencies typically have implemented tracking devices on each of their vehicles to report to their computer-aided dispatch and automatic vehicle location (CAD/AVL) software.

With vehicle locations known in near real-time, software and networking can now be used to bridge the gap between transit vehicles and city signals to facilitate transit priority in a more reliable, sustainable and intelligent way.

This removes the need for vehicle detection hardware at the intersection because vehicle location is known through the CAD/AVL system. This enables both priority calls from greater distances away from signals and priority calls coordinated among a group of signals. Furthermore, the system provides real-time insights on which buses are currently receiving priority along with daily reports of performance metrics.

The right method of placing priority calls to traffic signals is more sophisticated and is not constrained to fixed-point locations. Unlike the current state-of-the-art of placing, priority calls from the detection of buses at specific locations that starts a pre-programmed time of arrival, today’s solutions use a “vectorized” approach. In mathematics, a vector is an arrow representing a magnitude and a direction. In today’s advanced traffic management software, the arrow points in the direction of the traffic light and the magnitude is the travel time.

When the system is set up, traffic signals, bus routes, and bus stops all receive a digital representation on this vector. This produces a digital geospatial map where software can then track bus progression along bus routes.

This results in a system that can dynamically place transit calls regardless of vehicle location. The system makes precise priority calls based on the expected time of arrival which is the basis for all TSP check-in calls supported by all signal controller vendors. And due to the nature of the tracking algorithm, any significant changes to ETA can be adjusted. For example, if a bus was predicted to skip a bus stop but didn’t, the system will detect the change and adjust the priority call accordingly. 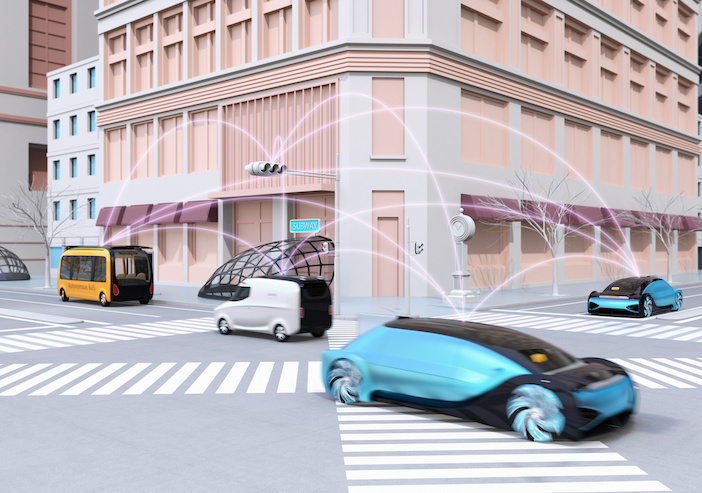 The importance of open data

Just as electric vehicles cannot fulfill their promise without a network and infrastructure of charging stations, connected vehicles alone cannot solve the problem of today’s traffic problems, and ITS is only as good as the data-sharing platforms they operate on.

These data-sharing platforms have been proven to be highly effective, but only when cities and municipalities that oversee transportation systems make them open for proper data sharing. Many municipalities remain locked into contracts with smart-traffic solution providers who are unwilling to operate under an open data platform, and these cities severely restrict themselves from the true possibilities that a cloud-based platform can provide.

This is problematic since 71% of community officials said their current electronic data provider does not allow for the integration of transit vehicle data with other systems. This issue must be addressed since 90% of these officials believe they own their transit vehicle data, not the provider.

Cities could and should provide their open sourced-data for a more fluid platform that relies on automation-as-a-service and defines the rules of engagement between public and private transport operators, ultimately ensuring that urban mobility delivers benefits for all rather than just a few.

Cloud-based TSP systems take the global picture of a route into account and use machine learning to predict the optimal time to grant the green light to transit vehicles at just the right time. They minimize interference with crisscrossing routes and simultaneously maximize the probability of a continuous drive.

With this technology now at our fingertips, cities and municipalities have the technology they need to properly accelerate the buildout of intelligent transit networks to benefit everyone in the region.