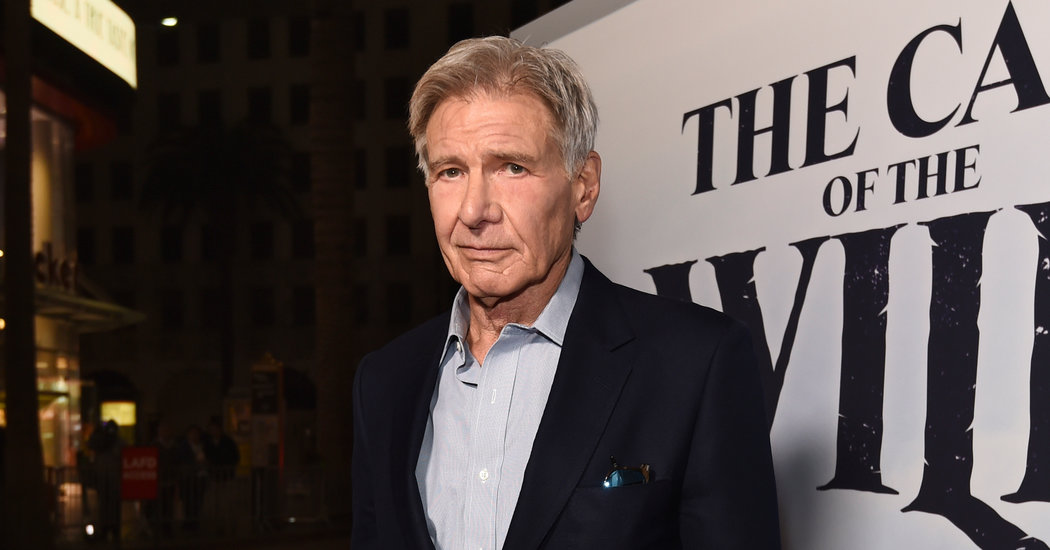 The episode was being investigated by the Federal Aviation Administration, which ordered the actor to complete awareness training in 2017.

The single-engine plane had just landed at Hawthorne Municipal Airport outside Los Angeles when the tower instructed the pilot to wait for another aircraft to make a touch-and-go landing before taxiing across the runway.

But when he did not, a scolding ensued.

“Get across that runway now,” the air traffic controller could be heard saying on a recording from the tower. “I told you before to hold short. You need to listen up.”

It wasn’t just another pilot. It was the actor Harrison Ford, who made the miscue on Friday around 3:20 p.m. You may know Mr. Ford as Han Solo, the swashbuckling pilot of the Millennium Falcon in “Star Wars.” Unfazed by asteroid fields and the Imperial Star Destroyer. But this wasn’t Tatooine.

Mr. Ford, 77, immediately owned up to the error, which was not the first time he had run afoul of flight control rules or been involved in an aircraft mishap.

“Excuse me, sir,” he responded. “I thought exactly the opposite. I’m terribly sorry.”

While there was no danger of a collision, according to the Federal Aviation Administration, the agency said it was investigating the episode.

Mr. Ford had just landed on Runway 25 at the airport in his Aviat Husky when the tower instructed him to hold his position. A two-seat gyroplane, which has rotors like a helicopter, had been cleared for a touch-and-go landing on the same runway, which runs east to west.

Mr. Ford’s plane and the other aircraft were about 3,600 feet apart when he strayed onto the runway, according to the F.A.A.

Ina Treciokas, a publicist for Mr. Ford, said in an email on Wednesday that the actor misheard a radio instruction from the air traffic controller.

“He immediately acknowledged the mistake and apologized to ATC for the error,” she wrote. “The purpose of the flight was to maintain currency and proficiency in the aircraft. No one was injured and there was never any danger of a collision.”

The gyroplane is owned by Recreation Flight Inc. of Long Beach, Calif. Jill Broussard, a lawyer for the business, said that the aircraft had been rented by a flight instruction company on Friday and that it had more than a half-mile of runway clearance.

In 2017, Mr. Ford mistakenly landed on a taxiway at John Wayne Airport in Santa Ana, Calif., and flew over a Boeing 737 commercial airliner that had been carrying 100 passengers. The “Indiana Jones” star avoided disciplinary action, but the F.A.A. required him to complete awareness training.

In 2015, Mr. Ford was injured when a World War II-era training plane he was piloting crashed onto a golf course in Venice, Calif., shortly after taking off from Santa Monica Airport.

While he was landing in Lincoln, Neb., in 2000, a wind gust blew Mr. Ford’s plane from the runway. The aircraft, a Beechcraft Bonanza, sustained minor damage, and neither Mr. Ford nor his passenger was injured, according to AirSafe.com, a website about plane crashes.

And in 1999, Mr. Ford and a flight instructor were in a Bell 206 helicopter when they were forced to make an emergency landing in a dry riverbed in Santa Clarita, Calif., according to AirSafe.com. Neither Mr. Ford nor the instructor was hurt, but the helicopter was substantially damaged.

Chris Tucker needed to move some hot tubs. It seemed like a good gig for his network of small truckers.The Winchester, Kentucky-based owner of...
Read more

Exports, production of heavy-duty trucks from Mexico drop in MayMexico’s truck production and exports continue to be affected by global supply chain issues and...
Read more

Chris Tucker needed to move some hot tubs. It seemed like a good gig for his network of small truckers.The Winchester, Kentucky-based owner of...
Read more
Safety Apparel