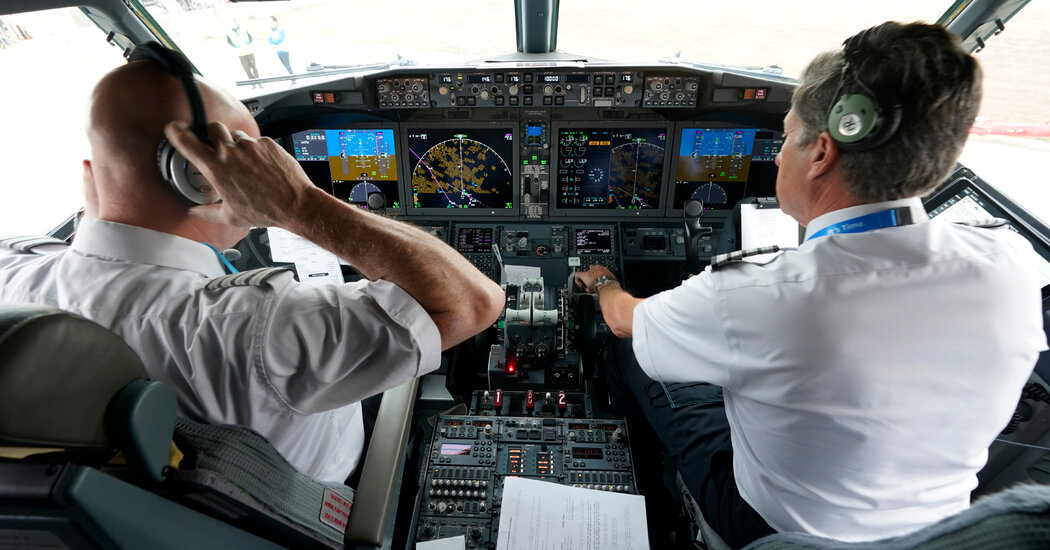 The committee suggested that the aviation administration replace words and phrases including “cockpit” and “man-made” with terms like “flight deck” and “manufactured.”

A Federal Aviation Administration advisory committee recommended this week that the agency replace words and phrases like “airman” and “man-made” with gender-neutral terms like “aircrew” and “manufactured” as part of an effort to set a more inclusive tone.

The recommendations were part of a report released on Wednesday, drafted by the agency’s Drone Advisory Committee to refresh the language used in the drone industry, but with the hope that the wider aviation world might also adopt the terms.

The updated language would help reduce intentional or unintentional bias while reflecting a “more modern recognition that gender can be nonbinary,” the report says.

The committee convened a task force made up of members representing labor, airports, local government and aviation to replace gender-specific language in the drone industry that might serve as a model for the rest of aviation.

“As it grows and matures, the drone industry has an opportunity to use and embrace gender-neutral language that defines it as an industry that is respectful, welcoming and brings value to the receiver,” the committee wrote.

The set of recommendations is part of a broader initiative to bring more women into aviation, said Trish Gilbert, co-chair of the task force and executive vice president of the National Air Traffic Controllers Association.

When Ms. Gilbert started working as an air traffic controller in 1989, only 16 percent of people who worked in her field were women. Today, that number is 16.8 percent.

“The needle has not moved much,” she said, adding that she hoped adopting the new terms would help make aviation more inclusive to women and other underrepresented groups.

“It’s a key moment for the industry as a whole to say that there is a problem, and to commit to doing something different,” Ms. Gilbert said. And the current moment, she said, is the perfect time to introduce the recommendations, right as the aviation industry builds itself back up after pandemic losses and looks to recruit more members into its work force.

“Attracting and retaining people regardless of gender or gender identity is crucial for finding the best and the brightest so that the drone industry does not face the same labor shortages currently affecting the broader aviation industry,” the committee said.

The report cited various studies showing that noninclusive language can negatively affect the retention of employees in industries in which they are a minority — in this case, women and nonbinary people in particular. According to the report, gendered language specifically can lead to gender prejudice, making women and nonbinary people feel unsafe, and have detrimental effects on physical and mental well-being.

Some of the committee’s recommended replacements include “aircrew” for “airman,” “technician” for “repairman,” “fabricated” for “man-made,” and “traditional aviation” for “manned aviation.”

The origin of at least one of the terms the committee recommended for replacement, “cockpit” — it suggested “flight deck” as an alternative — is not unmistakably gendered. Language authorities point to several possible early meanings, including an area where roosters would fight, or the coxswain’s station on a ship, from which a smaller vessel would be dispatched to take people to and from shore.

“Cockpit” has since garnered a more gendered connotation, however, and the report says that men have used the term to undermine female co-workers.

Chris Tucker needed to move some hot tubs. It seemed like a good gig for his network of small truckers.The Winchester, Kentucky-based owner of...
Read more

Exports, production of heavy-duty trucks from Mexico drop in MayMexico’s truck production and exports continue to be affected by global supply chain issues and...
Read more

Chris Tucker needed to move some hot tubs. It seemed like a good gig for his network of small truckers.The Winchester, Kentucky-based owner of...
Read more
Safety Apparel