Deshaun Watson, Marlon Mack and other NFL rumors before the trade deadline 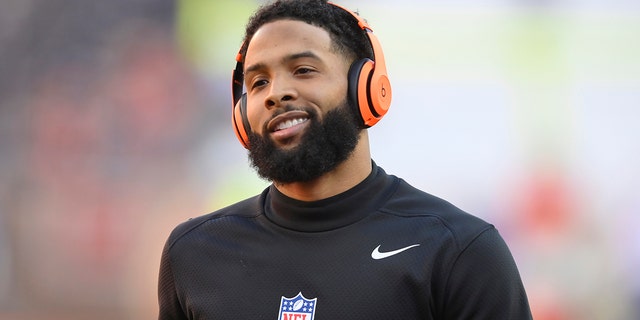 The NFL trade deadline for the 2021 season is on Tuesday at 4 p.m. ET and while there are still big names potentially on the block some of the bigger players have already been moved.

On Monday, the Los Angeles Rams acquired Von Miller from the Denver Broncos for two draft picks. The Miller acquisition bolsters a defense that needs to make sure things are under control as they make a playoff run. The Rams also traded Kenny Young to the Broncos earlier in the season.

The New Orleans Saints traded for Houston Texans running back Mark Ingram last week. Ingram had 26 yards in a Saints win over the Tampa Bay Buccaneers in Week 8.

The New England Patriots made one of the bigger moves during the season when they traded cornerback Stephon Gilmore to the Carolina Panthers. The Arizona Cardinals also acquired Zach Ertz from the Philadelphia Eagles last month.

There are still a bunch of moves that could be made between now and the deadline. Below are some of the biggest names floated in trade rumors.

Barring a last-minute turnaround, the Houston Texans appear to be ready to keep Deshaun Watson throughout the rest of the season. The Texans were reportedly trying to drum up interest over the possibility that the 22 civil lawsuits against him alleging sexual misconduct were going to be dropped. However, the asking price – three first-round picks and two additional picks – seems to still be too high.

The Miami Dolphins, Carolina Panthers, Denver Broncos and Philadelphia Eagles have all been mentioned in rumors. The Dolphins seem to be the only team Watson would waive his no trade clause for. The quarterback is also facing 10 police complaints related to the lawsuits.

Beckham is still dealing with shoulder issues and is owed $9 million this season.

Melvin Ingram signed with the Pittsburgh Steelers in the offseason but after six games the three-time Pro Bowler reportedly wants out. The NFL Network reported last week that Ingram’s cut in play time is the main reason why he’s hoping to get traded. He has 10 tackles and a sack in six games.

The Kansas City Chiefs and Arizona Cardinals have been mentioned as possible destinations.

INDIANAPOLIS, INDIANA – AUGUST 15: Marlon Mack #25 of the Indianapolis Colts runs the ball in the preseason game against the Carolina Panthers at Lucas Oil Stadium on August 15, 2021 in Indianapolis, Indiana.
(Justin Casterline/Getty Images)

The emergence of Jonathan Taylor in the Indianapolis Colts’ offense has made running back Marlon Mack almost an afterthought. Mack is only two seasons removed from running for more than 1,000 yards and scoring eight touchdowns. In 2021, he’s played in only six games. He’s rushed for 101 yards on 28 carries.

The Colts reportedly told Mack they would look to trade him but aren’t getting the offers they want. The Baltimore Ravens and Kansas City Chiefs have been rumored to be interested in the running back.

Miami Dolphins cornerback Xavien Howard led the NFL in interceptions last season after agreeing to a five-year, $75.25 million contract in 2019. But as the Dolphins struggle, Howard could be on the trade block and might be moved before the deadline.

Going into Tuesday, there was mixed reports on his status in Miami. FanSided reported the Dolphins had “no plans” on trading him while NFL writer Peter King wrote he expected Miami to get some calls on him.

NEW ORLEANS, LOUISIANA – OCTOBER 03: Evan Engram #88 of the New York Giants runs with the ball against the New Orleans Saints during a game at the Caesars Superdome on October 03, 2021 in New Orleans, Louisiana.
(Photo by Jonathan Bachman/Getty Images)

Evan Engram has been the bane of New York Giants fans’ existence over the last few years. His ability to make some of the toughest catches and then drop some of the easiest catches doesn’t exactly inspire confidence. He was a Pro Bowler in 2020 after 63 catches for 654 yards and a touchdown. Engram has not scored yet in 2021.

The Green Bay Packers have been linked to Engram in rumors after Robert Tonyan went down with an injury.

Kyler Fuller’s name is among those who have been brought up in trade rumors. The Denver Broncos cornerback is in his first season with the team. He has 17 tackles this season but no interceptions and only two passes defended.

The New England Patriots and Arizona Cardinals have been rumored to be fits for the two-time Pro Bowler.