Home Covid-19 COVID Cases In Parts Of Missouri And Arkansas Surge To Levels Not...
Covid-19 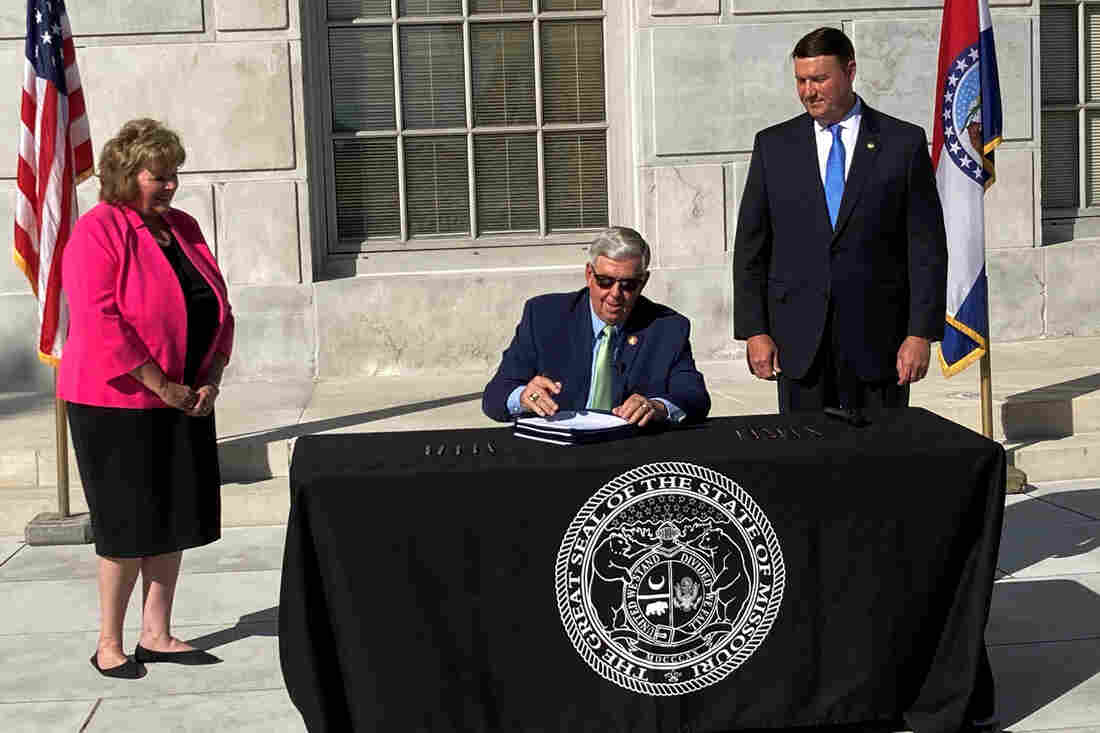 A man receives a COVID-19 vaccine at a clinic in Springfield, Mo., in June. Vaccination rates in southern Missouri are low, a factor officials say is helping drive what’s now the nation’s largest outbreak.

In Springfield, Mo., firefighters are giving vaccine shots. Churches are scrambling to schedule vaccine clinics. Students and staff at summer school at the public schools are back to wearing masks.

Dozens of traveling nurses are due to arrive at one of the city’s two biggest hospitals over the coming weeks; extra ventilators from around Missouri and Arkansas were transported to the other major hospital after it ran short over the July Fourth weekend.

The outbreak of COVID-19 in southwest Missouri and northern Arkansas has become the nation’s largest and is mostly driven by the highly contagious delta variant. Officials warn it could continue to grow unchecked if vaccination rates stay low.

“We are truly in a very dangerous predicament,” Springfield Mayor Ken McClure said Monday at a press conference. “While we are one of the unfortunate few early hot spots of the delta variant, we are not giving up. It is not too late. We need to stay the course.”

Caseload and hospitalization rates in the Ozarks region have reached levels not seen since the winter, officials said. In several counties across Missouri and Arkansas, caseloads have now reached or surpassed their winter peaks.

According to the most recent data available from the Centers for Disease Control and Prevention, the delta variant accounts for more than 73% of new cases in Missouri, by far the highest percentage of any state.

The Springfield-Greene County Health Department reported 17 new COVID-19 deaths in its most recent reporting period, which ended July 4. None had been fully vaccinated.

“Begging people to take the vaccine while there is still time. If you could see the exhaustion in the eyes of our nurses who keep zipping up body bags, we beg you,” tweeted Steve Edwards, president and CEO of CoxHealth, a six-hospital system in southwest Missouri based in Springfield.

CoxHealth’s hospital in Springfield was treating 125 COVID-19 patients as of Monday. The city’s other major hospital, Mercy Hospital Springfield, reported 134 patients with COVID-19, including several children. More than 20 were on ventilators.

As a result of the influx, Mercy Hospital announced Sunday it was opening a sixth COVID-19 unit. Last year, it needed only five.

More than half of patients are from the rural counties around Springfield, according to Greene County health data.

There are few pandemic restrictions in place anymore in the southern part of Missouri, which is a haven for tourism in the summer. The lakes and rivers of the Ozarks attract tourists from around the region for camping, boating and lake house vacations. The city of Branson hosts dozens of live music shows every week. Memorial Day and July Fourth draw huge numbers of people to the area.

But many of the rural counties that make up this part of Missouri have among the lowest vaccination rates in the state. Overall, about 45% of Missourians have received their first shot, but in more than 20 counties in southern Missouri, fewer than a quarter of residents have done so.

“I think we were all hoping that we wouldn’t see COVID much this summer, but it is definitely not the fact here in Springfield,” said William Sistrunk, the lead infectious disease physician at Mercy Hospital, speaking to NPR.

Gov. Mike Parson has encouraged Missourians to get the vaccine, as he has done. He lifted the state’s pandemic restrictions in May and has been vocal about Missourians’ right to reject the vaccine if they choose. In June, he signed a bill limiting local governments’ ability to enact public health restrictions.

“We all should be working together trying to find a solution to get more vaccine in more people’s arms, not trying to force people to take it, not trying to scare them into it. Just make sure that they understand the facts,” Parson said, speaking to reporters in Kansas City.

On Monday, the mayor and local health officials held a press conference at a church the city has partnered with to distribute vaccines, where they denounced misinformation and politicization about vaccines.

Asked about the cheers over low vaccination rates at the Conservative Political Action Conference over the weekend, the county’s acting health director said it was heartbreaking.

“To hear that people are cheering against the tool that can save lives when we’re sitting in the middle of a crisis where people are dying – it breaks my heart,” said Katie Towns, acting director of the county’s health department.

Vaccination rates have risen slowly but steadily in this part of Missouri. Mercy Hospital Springfield is seeing more demand for vaccination appointments in recent days, officials said, and is now vaccinating roughly 250 people per day, up from about 150 earlier in the summer.

“Gradually in the past week or couple weeks we have seen a small increase in the number of people who are interested. I think hopefully they’re realizing this is a pretty serious situation,” Dr. Nancy Yoon, chief medical officer for the Springfield-Greene County Health Department, told NPR member station KCUR.

Health care workers are bracing for a long summer

Now, the outbreak that began in the Ozarks has started to spread around the state. Case data and sewer surveillance are showing an uptick in the Kansas City and St. Louis metro areas, state officials said. In St. Louis County, the county with the state’s third-highest vaccination rate, cases are up 63% over the last two weeks.

“Unfortunately, Missouri turned out to be among those several states that do have those vulnerable spots,” Dr. George Turabelidze, state epidemiologist at the Missouri Department of Health and Senior Services, told St. Louis Public Radio. “Those are spots where people are under-vaccinated, where people have low natural immunity levels and [where] some communities assumed the pandemic was already behind us.”

In Springfield, health care workers have braced for what they expect to be a long and challenging summer, as the number of people hospitalized in the county has persistently trended up.

“You feel like you’re kind of beating your head on that proverbial brick wall trying to tell people, understand what we’re seeing,” Erik Frederick, chief administrative officer at Mercy Hospital, said in an interview with NPR.

“This is real. It’s right here in front of us.”

St. Louis Public Radio and KCUR contributed to this report.