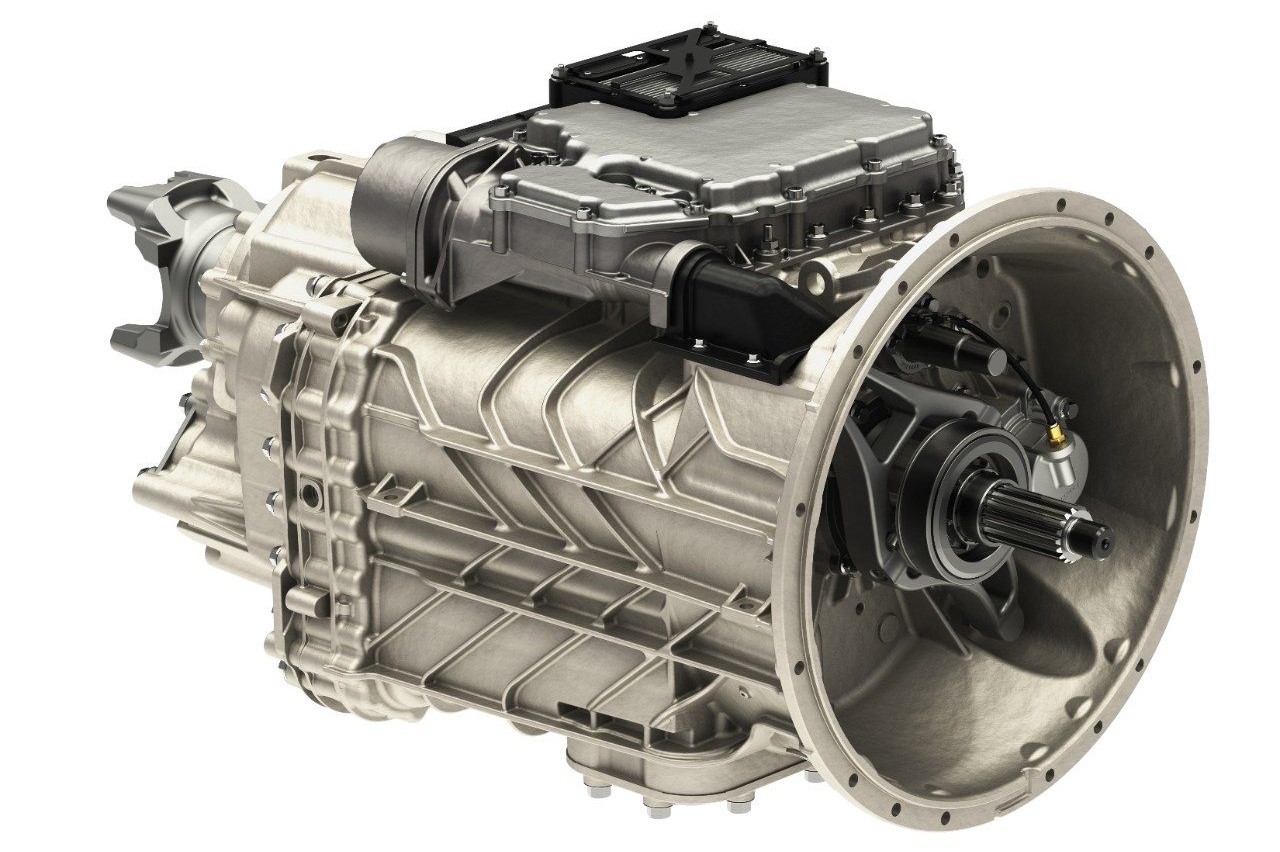 Truckers who prefer manually clutching and shifting through gearboxes are likely to have a harder time finding a stick shift in their next rig. Fuel efficient, driver-friendly automated manual transmissions like the Eaton-Cummins Endurant are becoming ubiquitous.

They are easier to drive, requiring less effort to move a loaded trailer or work in off-highway vocational pursuits. They use less fuel and cost less to maintain than a manual transmission because clutch cables, linkage, cylinders and manual shifting components need no service.

Their adoption is practically complete in on-highway trucks. For example, Volvo, which introduced its I-shift in 2001, saw take rates in the low single-digit percentages in 2007. Last year, the I-shift accounted for more than 95% of its transmissions. Daimler Truck said AMT sales soar from about 15% in 2012 to more than 90% in 2021.

Companies that don’t make their own automated manuals source them from the joint venture of Eaton Corp. (NYSE: ETN) and leading engine maker Cummins Inc. (NYSE: CMI) The joint venture they created in 2017 has generated more than $2 billion in revenue in the last five years..

“We were seeing this shift to automated manuals in our heavy-duty market and really an opportunity to partner with Eaton and bring this Endurant transmission into the market,” Jennifer Rumsey, Cummins president and chief operating officer, told FreightWaves. “We’ve seen a lot of success in adoption.”

Even without the Endurant name.

Paccar Inc. (NASDAQ: PCAR)  this week revealed new 18-speed transmissions based on the Endurant XD that went on the market last year. The parent of Peterbilt and Kenworth did its own calibrations and software to create the private brand TX-18 and TX-18 Pro that mate with Paccar’s MX11 and MX13 engines. Paccar’s DAVIE4 service tool works on both engines and transmissions.

On a greater scale, Endurant has done the same thing with Cummins’ X-Series engines, starting with a 12-speed for the X-12 engine and expanding to the X-15 Series. With software adjustments and other transmission trim parts like cooler fittings and extra brackets, the joint venture can ship 70 versions of the same transmission to manufacturers.

Eaton was working on what would be the joint venture’s first product — the 12-speed HD — when talks on working together began. Eaton builds, tests and validates the transmissions. The joint venture designs, manages and sells them.

Ken Rocker joined Eaton’s HD development team in 2015. Today, he is the product manager for the 18-speed AMT.

“Most of us weren’t aware of those goings on,” he said of the JV’s formation. Selling products and making money is the obvious end goal, but the engineer in Rocker looks at an integrated Cummins’ powertrain as being better for customers. “It’s not all about revenue,” he said.

Red-painted Eaton-Cummins branded powertrains are the JV’s most noticeable products. Just as Cummins’ engines are options to practically every OEM-produced engine, the Endurant is there, too.

“You can get the Endurant 12-speed in some form at all the major OEMs. Mack, Volvo, International, Peterbilt, Western Star, Freightliner, Kenworth all have our products. Whether it’s a private label or only behind specific engines, we’re behind every nameplate one way or another,” Rocker said.

And it is not just diesel engines. Endurant is now offered for Cummins’ 12-speed natural gas variant. With a Cummins’ natural gas 15-liter engine on sale in China and destined for the U.S. in 2024, can the Endurant be far behind?

“There are other markets around the world and some of the partners we have today that we’re in discussions with about launching the Endurant,” Rumsey said. Cummins’ other joint engine-making ventures are mostly focused on specific regions like China and India.

Eaton dominated the manual transmission market in the 1990s and early 2000s. The switch to automated transmissions called for integrating the engine and the transmission for a bigger chunk of under-the-hood real estate.

“It’s an integrated powertrain battle,” Rocker said. “You picture the engines and transmissions pairing off with one another, becoming larger parts of the vehicle system getting integrated with things like the Bendix Wingman Fusion-type stuff.”

Wingman Fusion gathers input from radar, video, and the brake system to create a highly detailed and accurate data picture. Data from its next-generation radar, camera, and the brake system are fused to each other, constantly gathering, sharing, and confirming information. It is another notable example of dominance in trucking.

Eaton-Cummins is now invading the high-torque vocational and severe service end of the market.

“It’s the last heavy-duty market that’s been using manual, and we expect to continue to see increased adoption of the automated manual option,” Rumsey said.

Think loggers in Western Canada, oil field trucks in Texas, and road graders and dump trucks everywhere. There is a certain masculine pride involved with doing-it-yourself shifting. They are the highest-skilled, highest-paid professional drivers.

“They have a lot of good reasons for staying with it,” Rocker said. “It’s more senior drivers, a lot of the heavy haul-type stuff. There is always a bit of emotion or ego involved with relinquishing control to the computer. That’s always going to be a challenge. By their very nature, they were maybe the last ones to convert.”

As these drivers drift into retirement, those following them don’t have the same orientation. They grew up riding in cars and trucks with automatic transmissions. A stick shift is as foreign as a transitory radio.

“The driver pool is shifting toward people that only have driven automated transmissions,” said Hank Johnson, Kenworth’s regional sales manager. “Those heavy-haul companies need to be able to put a driver in a truck he can operate safely. The 18-speed is really the last great holdout.”

Manuals will live on

Though their share will shrink to even lower single digits, manual transmissions will live on for business and personal reasons. Though AMTs are better for the bottom line in everyday use, there are trucks used seasonally, such as in farming. The up-front cost of a manual is cheaper. Why pay up for a truck that will sit unused for six months of the year?

“The beauty of this industry is that every truck is custom ordered.There’s like 9,000 options, so it’s not like we’re transitioning and there’s no more manuals,” Peterbilt spokesman Tim Olson said at a media program introducing Peterbilt’s TX-18.

Eaton still makes them outside the JV, all the way down to 10-speed line haul.

“It’s going to be cloth seats, no chrome, the cheapest transmission you can buy with the smallest, cheapest engine you can buy because that’s what they’re in the truck market for,” Rocker said. “Those types of things will exist for a long time – I would venture to guess for decades.”