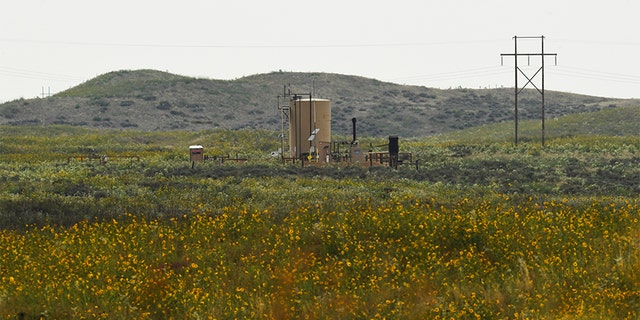 Vonda Knox can still vividly recall the first and only time she interacted with neighbor Chris Watts.

It was a Sunday morning, and the grandmother was sipping on coffee out on her back porch while dog-sitting with her children out of town.

“I saw him on his porch and said, ‘Good morning,’” Knox told Fox News Digital. “He turned around and looked at me like I had no business speaking to him. I thought it was really odd. It’s one thing if you’re shy, but he really gave me this look, like, ‘Why are you talking to me?’ You certainly don’t expect someone to react that way over a simple hello. But no one could have possibly anticipated what happened afterward.”

Knox has spoken out in the new documentary on Tubi about the shocking murders involving the Watts family, “Suburban Nightmare: Chris Watts.” It takes a closer look at the seemingly doting father who later became what experts have described as a “family annihilator.” It features new interviews with investigators and others who are closely associated with the case that rocked Frederick, Colorado.

CHRIS WATTS IS COMMUNICATING WITH MULTIPLE WOMEN WHO FIND HIM ‘HANDSOME’ BEHIND BARS: SOURCE

Knox said she participated in the special in hopes of addressing the numerous conspiracy theories that continue to spread years after the tragedy.

“We had gotten so much attention at the house,” she said. “People came in droves just to look at the property, and we were next door. I was invited to share my point of view and I agreed to that. This is a very quiet neighborhood with extremely friendly people. It’s a peaceful, loving neighborhood where families get together.”

But that all changed in August 2018 when Watts’ wife Shanann and their two daughters disappeared. Watts made televised pleas for their safe return, but he was arrested within days. He later pleaded guilty in exchange for prosecutors’ vow not to seek the death penalty.

“It was horrible,” Knox explained. “I remember seeing Shanann a few times, and we just waved as neighbors. I would see the girls playing out in the backyard because my son’s backyard was just a stone’s throw away from their house. I didn’t move in until later, but I just remember them being so sweet. The little girls would always wave and say hi. I remember Bella was a bit quieter than Celeste, who was always full of energy and saying, ‘Hi lady!’ I just remember seeing them swinging and playing. They just looked very happy together.”

“I just remember them being so sweet. The little girls would always wave and say hi.”

JODI ARIAS’ FORMER CELLMATE SAYS CONVICTED MURDERER IS ‘A FLIRT’ WITH ‘A LOT OF HATE’: DOC

After the disappearance, Knox said that everyone in town felt Watts’ demeanor was strange.

“My son said that if it were his family, he would have been looking everywhere, he would have been studying every second of any home cameras looking for any single clue – and I agree with him,” Knox said. “Chris just appeared uncomfortable. And even when he gave interviews on his porch, there was just a total lack of emotion. It was just offsetting. I think a lot of people saw that but couldn’t believe it. I can understand being in shock, but there has to be some emotion there in losing your family.”

It was a lie

Watts previously told police he killed his pregnant wife after she strangled Bella, 4, and Celeste, 3. But in February 2019, three months after the 36-year-old was sentenced to life in prison, he told authorities during a prison visit that the initial claim was a lie, and he was responsible for the killings. He said detectives were the first to mention that Shanann, 34, may have killed their children and he “just went with it.”

Knox said there was a “perpetual sadness” that overshadowed the property following the disappearance and murders.

According to court documents, Shanann Watts’ body was found in a shallow grave near this oil tank Aug. 21, 2018, near Roggen, Colorado. The bodies of both of her daughters — 4-year-old Bella and 3-year-old Celeste — were submerged for days in the same oil tanks in rural eastern Colorado, prosecutors said.
(Getty Images)

“I would just sit out on the porch and watch their yard, where the girls used to play,” said Knox. “The yard began to deteriorate, and the weeds grew up. The house also deteriorated. There was just a real sense of sadness. Many people in the town would leave things on the porch and cry. And then so many people started to drive by the house and just look or take pictures. One time, I even heard somebody call Shanann’s name. I looked out and there was a man in a car yelling out for her several times. This was over a year later. But for whatever reason, he thought the family was still held up in the house or something.

“I had to go out frequently and check for lit candles,” Knox added. “One time, someone left two Happy Meals for the girls on the porch. Some were compelled to make contact with the family. It was incredibly disturbing. And there has been so much speculation in the YouTube community. They even call it ‘Watts Island,’ where they have these ongoing speculations about the case and dissect every portion of it. I felt very sad when Shanann’s dad had to fly all the way to Colorado just to tell people to stop harassing his family after having gone through so much. There was just a lot of negative energy.”

“I felt very sad when Shanann’s dad had to fly all the way to Colorado just to tell people to stop harassing his family.”

Watts said he strangled Shanann in their bed after he told her their marriage was over, and she said he would never see their children again. Watts said his wife correctly suspected that he was having an affair, but he did not tell her about his ongoing relationship with a co-worker before killing Shanann.

Authorities have speculated that Watts wanted a chance to start over with the woman. Watts told investigators that the woman “never asked him to get rid of his family” but their relationship may have “contributed” to his actions.

Chris Watts was sentenced to several life sentences for the killing of his pregnant wife and two young daughters.
(Weld County Sheriff’s Office)

After he strangled Shanann, Watts said Bella came into their bedroom clutching a blanket and asked what was wrong with her mother. Watts claimed his wife wasn’t feeling well. Their daughter continued watching as Watts wrapped the body in a bed sheet and began crying when he pulled it down the stairs of their home, he said.

Watts said he put her body on the floor of his truck’s back seat. When he went inside, Celeste was also awake.

According to Watts, he put the girls into the backseat of the truck, where they occasionally napped on each other’s laps as he drove. Each child had a blanket, and Celeste also brought a stuffed animal.

Watts claimed he had no plan for his daughters but drove to an oil work site about 40 miles east of the family’s home. He worked there as an operator for an oil and gas producer. He told police he pulled Shanann’s body from the truck as the girls asked, “What are you doing to mommy?”

Shanann Watts came across as an attentive and friendly mom, her neighbor Vonda Knox said.
(Colorado Bureau of Investigation)

He said he went back to the truck and used Celeste’s blanket to smother her as Bella watched from a seat beside her sister. He then put Celeste’s body inside an oil tank before returning to the truck and smothering Bella using the same blanket. Her last words were “Daddy, no!” he told police, adding that Bella struggled under the blanket. He said he put her body inside another oil tank and buried Shanann’s body nearby.

Watts insisted that he did not plan to kill his wife or children.

Knox said she wasn’t surprised that Watts admitted to the murders but was relieved for the family’s sake. She has since moved away from the property and written a book about how she made sense of the crime, “Beyond Tragedy: A Story of Shanann Watts.”

“It’s one thing you want to pay your respects, but people were coming by all the time,” she said. “It’s a quiet neighborhood and people would just speed out in their cars where kids were playing ball. It was such a disruption and exhausting. I constantly had to look over my shoulder and be on high alert because you never knew who could be watching. And there was just this sadness on top of it all.”

“I constantly had to look over my shoulder and be on high alert because you never knew who could be watching.”

Frank Rzucek, left, the father of Shanann Watts, and Shanann’s brother Frankie Rzucek were in court for the Christopher Watts arraignment hearing at the Weld County Courthouse, Aug. 21, 2018, in Greeley, Colorado.
(Getty Images)

Knox hopes the documentary will debunk a lot of misinformation that she said still exists about the case.

“There were no signs,” she said. “I never saw or heard anything that would make me suspect what happened. … But this was a real family and a real tragedy.”

“Suburban Nightmare: Chris Watts,” is available for streaming on Tubi. The Associated Press contributed to this report.