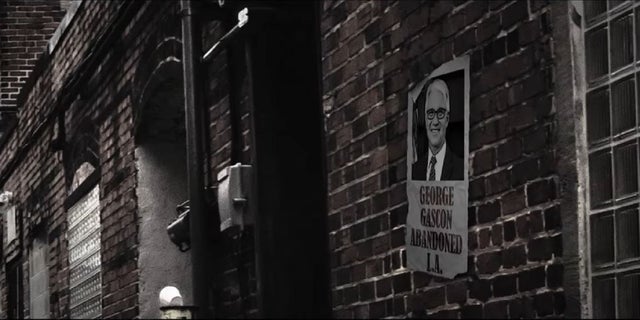 A Southern California district attorney running for re-election is aiming to portray his opponent as a clone of George Gascón, the top prosecutor in neighboring Los Angeles County who is facing a recall attempt and backlash from elected officials and crime victims over his prosecutorial directives that critics say has contributed to a rise in crime.

Amid a nasty campaign in which both sides have engaged in their fair share of mudslinging, Spitzer has vowed to not let coastal Orange County become like Los Angeles County, which has seen an uptick in violent crime since the COVID-19 pandemic.

To reinforce his point, his campaign prominently features the hashtag #NoLAinOC. The video ad begins with security footage from a smash-and-grab robbery, voiceovers from former and current elected Los Angeles officials criticizing the crime uptick and Gascón and two mothers whose sons were murdered.

One is heard saying that “George Gascón has abandoned us. It’s important for you to know because another Gascón-type wants Todd’s job.”

The footage then shows several news clippings accusing Hardin of sexual misconduct during his military service in the Marine Corps and as an Orange County prosecutor while painting him as the “Joker” character from the “Batman” superhero series. Spitzer has repeatedly invoked allegations made against Hardin that he resigned from the military over the crime of adultery, according to the Orange County Register.

Hardin has denied any wrongdoing related to sexual misconduct.

On how to hold criminals accountable, Hardin, also a former federal prosecutor, has painted himself as a progressive who vows to combat gun violence and address mental health, drug addiction and other underlying issues related to crime.

In a statement to Fox News, he said the Orange County District Attorney’s Office has been plagued with scandals under Spitzer’s leadership.

“Homicides are at a 22-year high in Orange County, and it’s no wonder as Todd Spitzer is spending all his time talking about another county,” Hardin said. “Since he became DA our community has experienced a wave of violence not seen since the 1990s. From facing at least five sexual harassment lawsuits to being kicked off a sexual assault case for mistreating survivors, and making racist remarks while considering whether California should execute a Black man, Todd is evidently too distracted covering up his misdeeds, retaliating against victims and protecting his friends to do his job.”

“To ensure the welfare of our citizens, we can no longer tolerate shallow rhetoric and a politician obsessed with shameless self-promotion. We need safety, not soundbites,” he added.

For his part, Spitzer, a first-term DA, was elected to office in 2018 following a jailhouse snitch scandal that resulted in multiple convictions being overturned. He was serving as a county supervisor and was not employed by the DA’s office at the time.

He’s come under fire in recent days after a Newport Beach police officer accused him of dropping the death penalty in a double-murder case in an effort to cover up racial comments about the Black suspect who dated a White woman, BuzzFeed News reported. He is accused of failing to disclose the comment to the court during the high-profile murder case.

Fox News reached out to Spitzer’s campaign, which declined to discuss the racial allegation. Spitzer told BuzzFeed News that it had been appropriate for him to discuss race, which he said was initially brought up by defense counsel.