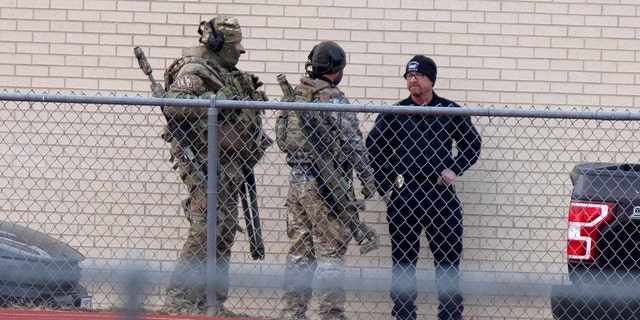 The Department of Homeland Security has been designated by President Biden to be the lead federal agency for coordinating domestic preparedness and response efforts related to Russia’s war on Ukraine, the department announced Thursday.

The designation for DHS comes despite a call this week by 14 Republican attorneys general for the resignation of Alejandro Mayorkas, the Biden appointee who leads the 240,000–employee agency, which has an estimated annual budget of more than $52 billion.

According to the plan disclosed Thursday, DHS – through its Unified Coordination Group (UCG) — will establish a plan across the federal government for responding to potential threats to the homeland, develop and pursue strategic objectives and priorities, and coordinate with officials in various federal, state, local, tribal and territorial agencies to support the objectives and priorities, Homeland Security said in a news release.

All of those agencies are being urged to improve their physical and cyber resilience, the release said, with guidance provided on the “Shields Up” webpage of the Cybersecurity and Infrastructure Security Agency’s website.

Earlier this month, DHS issued a stark advisory about potential terrorism within the U.S., prompted by growing Russia-Ukraine tensions and by several recent domestic crimes, such as the synagogue hostage incident in Colleyville, Texas, in January, The Hill reported.

“We’re seeing a greater level of specificity as it relates to calling for acts of violence or acts of targeted violence against certain elements of our society to include faith-based institutions, institutions of higher learning” and government entities as well as greater specificity in the types of tactics called for, one DHS official told the outlet.

Russia was not specifically named in the DHS advisory, but the country was considered “one of those foreign hostile powers that has engaged in a sustained level of information influence operations targeting the US,” a senior DHS official told CNN.

The same DHS advisory, however, drew objections from U.S. Sen. Marsha Blackburn, R-Tenn., who claimed DHS was trying to police “the speech, thoughts and opinions of American citizens” by encouraging the public to report “potential threats.” She argued that the Biden administration might be viewing dissenting political views as such a threat.

‘Border is a disaster’

Earlier this week, 14 Republican attorneys general called for the resignation of Mayorkas, citing their frustration with the ongoing illegal immigration crisis at the U.S.-Mexico border.

“It is the core function of [DHS] to ‘secure the nation from the many threats we face’ Yet, since taking office, you have purposely taken repeated actions impairing the safety and security of Americans,” the attorneys general say in a letter to Mayorkas on Tuesday, led by Florida AG Ashley Moody. “As you publicly boast about your abject refusal to enforce the laws enacted by Congress to keep us safe, our southwest border is a disaster and our nation is on the verge of a national security crisis.”

The letter – which also refers to a spike in the amount of fentanyl coming in from Mexico – was also signed by the attorneys general of Alabama, Arizona, Arkansas, Georgia, Indiana, Louisiana, Montana, Missouri, Oklahoma, South Carolina, Texas, Utah and West Virginia.