As Southwest Airlines tries to return to normal, some flight cancellations persist. 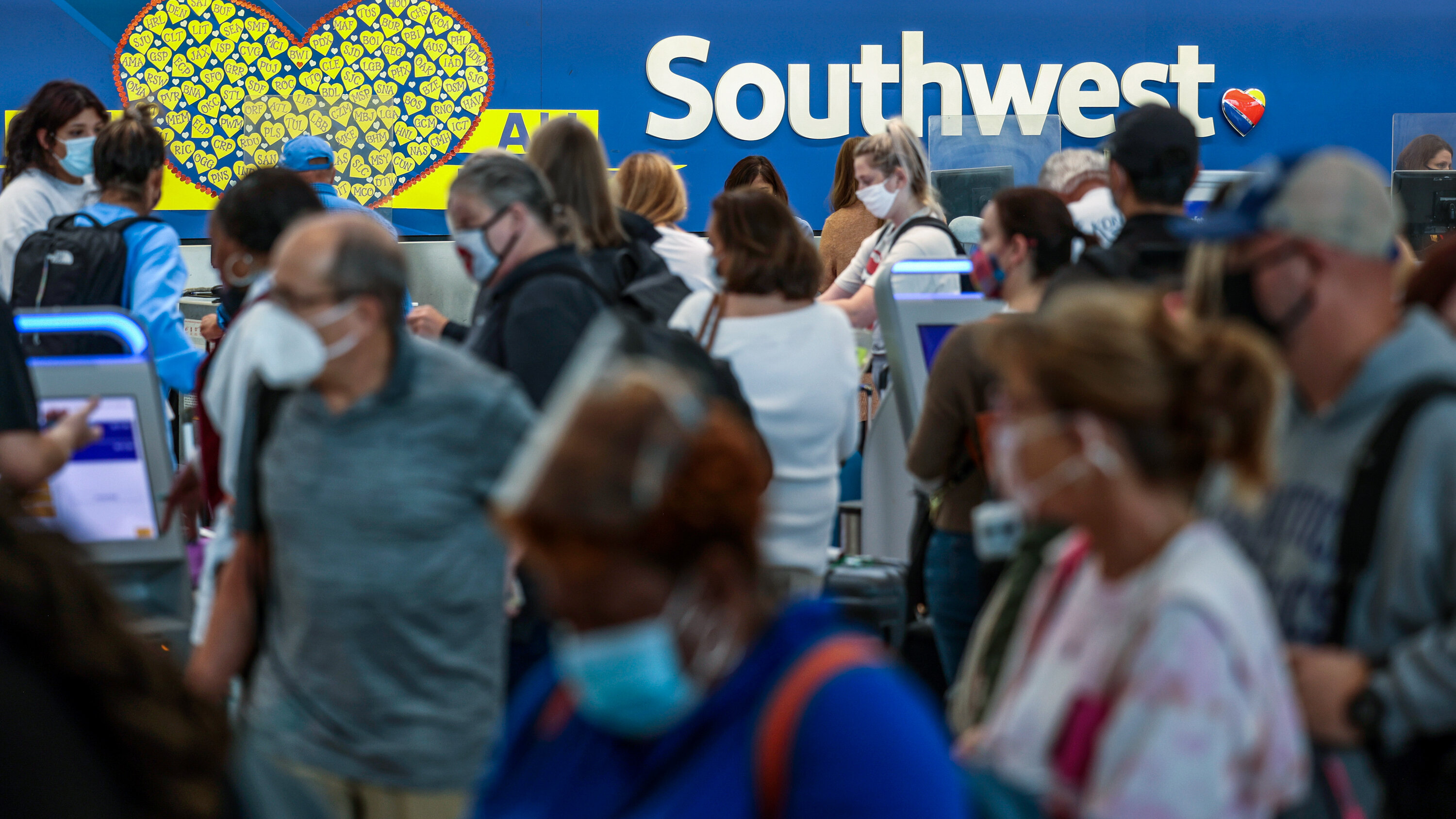 Southwest Airlines canceled several hundred flights on Monday as it worked to resolve the problems that led it to strike more than a quarter of its scheduled flights over the weekend.

Over 1,800 Southwest flights were canceled on Saturday and Sunday, accounting for more than 28 percent of its weekend schedule, according to FlightAware, a tracking service. By late afternoon on Monday, Southwest had canceled about 10 percent of the flights scheduled for the day, just over 360 flights. About a third of its flights were delayed 15 minutes or more.

The cancellations wreaked havoc on travel plans for thousands of passengers, many of whom vented their frustrations on social media. At least some were trying to make it to the Boston Marathon, which was canceled last year and delayed by six months this year.

Southwest blamed the cancellations on several causes, including problems with the weather and air traffic control on Friday and an inability to get flight crews and planes to where they were needed.

Cancellations on Friday, primarily caused by severe weather, prevented planes and crews from being where they needed to be on Saturday, a cascading problem that led to cancellations and delays throughout the weekend and into Monday, the airline said.

“We hope to restore our full schedule as soon as possible,” Southwest said in a statement. “To every customer that experienced a cancellation or delay, Southwest offers our sincerest regret regarding disrupted travel plans.” The airline’s share price fell more than 4 percent Monday.

The airline and the union that represents its pilots took pains throughout the weekend and on Monday to say that the disruption was not caused by protests over the airline’s recently announced vaccination mandate, denying an idea, fueled by some early news reports, that had gained traction online among conservatives and anti-vaccination activists. Conservative lawmakers pointed to Southwest’s cancellations as evidence that vaccine requirements could harm the economy.

The Federal Aviation Administration acknowledged that flights were delayed or canceled on Friday because of severe weather, military training exercises and a brief staffing shortage at one air traffic control center, but said that the disruption lasted only a few hours.

“Some airlines continue to experience scheduling challenges due to aircraft and crews being out of place,” the agency said in a statement over the weekend.

Casey Murray, the president of the Southwest Airlines Pilots Association, dismissed the idea that pilots had called in sick to protest the company’s vaccine mandate, though the union has asked a court to prevent Southwest from enforcing that requirement. Pilots called in sick at a normal rate this weekend, he said.

Instead, Mr. Murray said, the widespread cancellations were caused by technological issues and problems with how pilots are reassigned and rerouted during disruptions, a process complicated by Southwest’s uniquely large, point-to-point network. In a typical day, about 10 percent of pilots are reassigned from the flights they were scheduled to operate. That figure was 71 percent on Saturday and 85 percent on Sunday, according to Mr. Murray.

“That is unsustainable,” he said. “The domino effect continues, and what we see, due to some internal failures, is it’s happening so many times that they just can’t move everyone.”

The airline suffered a similar string of cancellations in June, which its incoming chief executive, Robert Jordan, recently blamed partly on overly rosy assumptions about how easily the airline could meet surging summer demand after the doldrums of the pandemic.

“I think we could have been less optimistic about how quickly we could get folks back off of leave and trained and all that,” Mr. Jordan said at a September conference hosted by Cowen, an investment bank.

Thousands of employees volunteered for buyouts, early retirement or long-term leave during the pandemic. And the airline has had to bring on new employees to replace those departed workers to meet the demand, Mr. Jordan added.

“I’ve been at the airline for 33 years,” he said. “Constraints have always been, can you get aircraft, can you get airports, facilities, gates? This is the first time where the constraint is staff.”

The union also said in a statement on Sunday that its members are barred by federal law from using a strike to resolve a labor dispute without exhausting other options first.

While the union, which says it does not oppose vaccination, denied that its members were calling in sick to protest the mandate, it did ask a judge on Friday to stop the airline from enacting the vaccine mandate and other policies. The request is part of a broader lawsuit that predates the mandate and centers on the union’s assertion that Southwest has taken a number of “unilateral actions” in violation of labor law.

Southwest isn’t alone in seeing pushback from employees over a vaccine mandate. Last week, hundreds of American Airlines’ workers and their supporters protested its new mandate outside the company’s Fort Worth headquarters, according to The Dallas Morning News.

But many others have voiced support for such requirements. United Airlines, the first large U.S. airline to impose a mandate, has said nearly all of its 67,000 employees were vaccinated, with the exception of about 2,000 who applied for religious or medical exemptions. United said it expected to have to fire fewer than 250 employees for failing to comply. The airline’s executives had expected some blowback but were surprised by the positive reaction, noting that it had received many more applicants for open flight attendant positions than it used to before the pandemic.

“I did not appreciate the intensity of support for a vaccine mandate that existed, because you hear that loud anti-vax voice a lot more than you hear the people that want it,” United’s chief executive, Scott Kirby, told The New York Times this month. “But there are more of them. And they’re just as intense.”

Delta Air Lines has not imposed a vaccination requirement, but it said it would charge unvaccinated employees $200 more a month for health insurance.